Learning from our successes: how and why does IFAD outperform other agencies on the UN system wide action plan for gender mainstreaming? 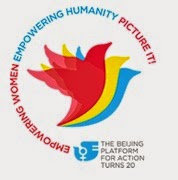 Having just completed IFAD’s report on the UN system wide action plan for gender mainstreaming (UN-SWAP) for 2014, I have been reflecting on our achievements and on why the UN-SWAP works so well in IFAD.

But first: what is the UN-SWAP? The UN-SWAP was introduced for implementation across the UN in 2012 to enhance an organization’s accountability and delivery on gender objectives. The goal is for each UN entity to meet or exceed 15 performance indicators - covering both operations but also the organizational/workplace domains - by 2017 and to report on progress annually. By January 2014, 90 per cent of the 71 entities required to report, had done so.

Spearheaded by UN Women, the SWAP has generated much visibility around the challenges of gender mainstreaming and has resulted in the sharing of good practices between agencies. And what makes it particularly interesting, is that the annual report not only tracks our own performance but gives us a chance to benchmark our progress against other UN agencies and challenge ourselves to do more.

There is now talk of introducing a similar mechanism for youth and for indigenous peoples.

There has been steady progress with the SWAP in IFAD, with an increase in the number of indicators where we meet or exceed expected performance.


IFAD’s progress with the 15 UN-SWAP indicators, 2012-2014
At the outset (the first report was in 2012), there were some quick wins. IFAD was already exceeding the performance criteria on gender mainstreaming in the Programme Management Department’s monitoring and reporting systems, programme review, organizational culture (reflecting the work of Human Resources Department (HRD) and the Ethics Office) and inter-agency coordination and peer review with the other Rome-based agencies.

In the following year, 2013, there were gains in the performance management system, with HRD’s introduction of the new competency-based framework, in which gender equality is mainstreamed into five competencies, together with respect for diversity, inclusiveness and work-life balance.

In the same year, Budget and Organizational Development (BOD) worked with the gender desk to develop two methodologies (i) to conduct an ex-ante analysis of the gender sensitivity in IFAD loans and (ii) to identify the distribution of the regular budget for gender-related activities. The latter was further refined in 2014. Focus group discussions were held with staff to determine average proportions of time spent on gender-related work for specific job families.

In 2014, there were gains in strategic planning, with the commitment to gender equality mainstreamed throughout the IFAD10 replenishment paper and tracked by Strategy and Knowledge Department staff. Knowledge generation and communication also now exceeds requirements, as a result of the Communications Division’s consistent messaging on gender equality and women’s empowerment, coupled with the knowledge sharing and outreach activities of the gender desk (website, e-newsletter, breakfasts, webinars, learning routes etc). And finally, the Audit and Oversight Office (AUO) made significant progress on integrating gender considerations to their work - especially the questionnaires for the sub-regional/country office audits – and the Quality Assurance Group worked to close the gap between the gender comments on project design and final project documentation.

In 2013 and 2014 the Independent Office of Evaluation undertook a rigorous gender analysis of all the evaluations they had conducted in each of those years. They also linked up with the other Rome-based agencies and CGIAR to hold 1.5 days training on gender and evaluation systems for their staff.


Why has the UN-SWAP worked so well in IFAD?

I think there are three main reasons. First, the President and Senior Management create a very strong enabling environment supportive of promoting gender equality and women’s empowerment. This has resulted, for example, in an IFAD10 replenishment commitment to meet or exceed all 15 SWAP indicators by 2017.

Second, the IFAD gender policy was prepared at the same time that the details of the UN-SWAP were being finalised, which ensured the main elements of the SWAP were integrated into the policy and reporting framework.

And third, the responsiveness of colleagues. As noted above, many divisions have been really pro-active in embracing the essence of the UN-SWAP. This response is especially appreciated when it may be initially considered that gender mainstreaming does not fall naturally into their area of work, such as AUO and BOD.


And how does IFAD fare in the bigger picture?

In the feedback from UN Women on our 2013 results, it was noted that IFAD’s performance continued to be better than the aggregate ratings for the United Nations system as a whole, which met/exceeded requirements in only 42 per cent of the ratings on performance indicators, compared to IFAD’s 67 per cent. Similarly IFAD also outperformed the United Nations agencies that are grouped under Funds and Programmes, which met/exceeded 54 per cent of the ratings.


What remains to be done … and the missing indicator

This year IFAD will see the mid-term review of the gender policy to enable us to take stock of progress to date and identify further areas for action. We will also undertake a capacity assessment of staff on gender equality and women’s empowerment and capacity building, including the rollout of the e-learning course on gender and diversity. In addition, we’ll be strengthening the gender focal point system and, with HRD, implementing the staffing gender equity plan.

There are still a few areas which will need more discussion, especially with regard to establishing a financial benchmark for resource allocation in order to deliver on gender equality and women’s empowerment. Significantly, this is the only UN-SWAP indicator that is missing for IFAD.