Although food production and access to food are not an issue for the northern provinces, chronic malnutrition (above 50 per cent) is prevalent in the area. Most of the population are not aware of the importance of nutrition, food preservation, healthy and nutritious diets or the importance of diversifying food groups in family diets.

Solution to malnutrition - a simple approach
The Government of Mozambique is stepping up efforts to address the burden of malnutrition and IFAD is supporting these government efforts through an investment project known as PRONEA Support Project (PSP) in Mozambique, an extension project with nutrition education interventions to facilitate the promotion of healthy eating and improved dietary intake among the rural farming communities and the project beneficiaries.

Mr Robson Mutandi, IFAD country programme director in Mozambique expressed that, ''the poverty level was not going down as fast as anticipated in these communities due to the malnutrition challenges''. He also mentioned that while these communities are able to produce food, they often do not use it for their own consumption.

The project integrated nutrition in daily operations with positive results, improving the nutritional status of vulnerable groups. ''I have learnt about nutrition through a training organized by PSP, this was a new topic for me and for the community and we are happy with the results of our actual interventions because malnutrition was a serious issue in our communities'', says the District extension officer Mr Lino Milagre, who has 30 years’ field experience. 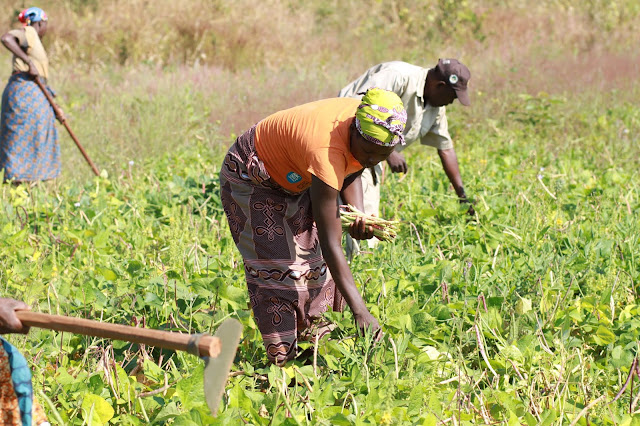 In addressing the malnutrition situation in these farming communities, PSP took a bold step to integrate nutrition initiatives through the existing government agriculture extension services. This approach was adopted to ensure success, continuity and sustainability on nutrition after the end of this investment project.

The nutrition initiatives included Culinary Demonstration Units which are practical models applied by extension workers to engage farmers in the farmer field schools (FFS) on the preparation of nutritious food for their families, as well as adoption of improved food preservation techniques to avoid seasonal food waste. 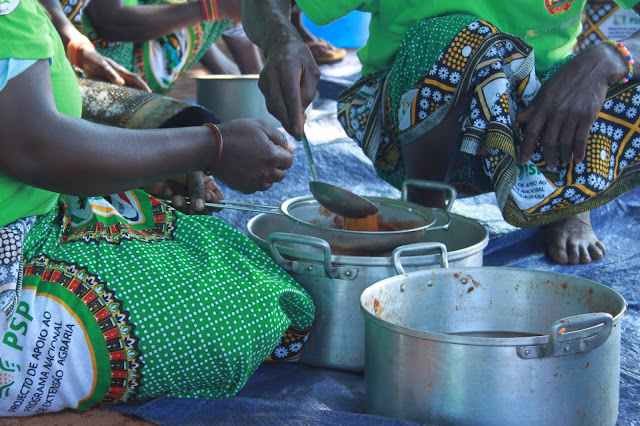 Before the intervention of PSP in this community, women and men were not aware about the best way to cook their own produce and transform it in nutritious food. The impact of the project, and in particular the training through the culinary demonstration unit had on the community, was clearly visible.

A total of 5,000 beneficiaries are improving their dietary intake in 23 of the 42 districts covered by the project. Evidence from the field confirmed that the children are better nourished and the communities are adopting the best practices.

Lucia Lauterio, a farmer and mother of three children, is one of the facilitators in her community. She holds cooking demonstrations and teaches other families how to cook more nutritious and diversified diets.

The trained extension officers at district level are currently replicating the training in different communities. It is with a lot of enthusiasm that the rural farmers act as trainers themselves, by sharing their knowledge on nutrition with neighbouring villages and communities.

In particular, there was an emphasis on gender and nutrition. ''In some households all members are responsible in taking care of the children. That's why the children are happy and healthy, and we are also happy with the improved status of nutrition at community level'', said Jerónimo Francisco, PSP nutrition focal point.

IFAD is mainstreaming nutrition in all investment projects in Mozambique because it believes that agriculture should not be dissociated from nutrition. While PSP is coming to an end in June 2018, Mozambique ICO is planning to replicate the same approach to other new projects in the country. The culinary demonstration units, and the training provided by the extension workers could also be included in projects of other countries facing similar challanges. 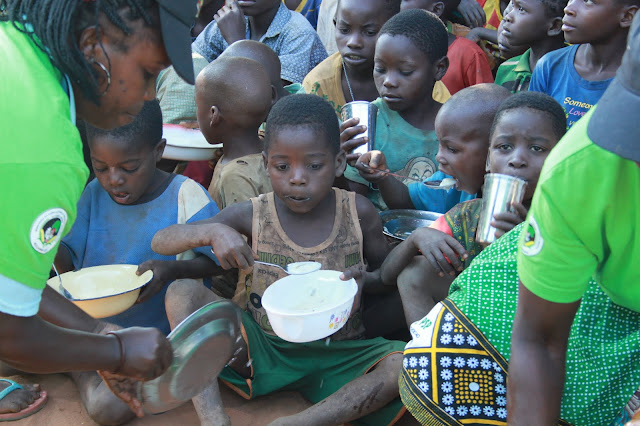