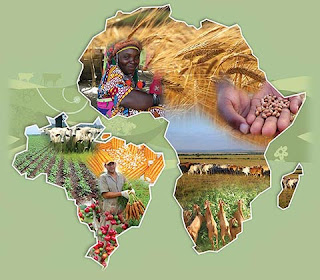 South-South Cooperation is a wonderful concept. And in many senses, the concept that looked good on paper years ago is now becoming a reality. Just look at the trade volume between Brazil and Africa, which rose from US$5 billion in 2002 to $19.9 billion in 2007.

But without true forums for knowledge sharing, South-South cooperation may do little to truly address the needs of the rural poor. After all, while trade may increase, only by giving smallholder farmers the necessary tools and information will they truly be able to rise up from poverty.

With the idea of creating such a forum, the International Fund for Agricultural Development (IFAD) decided to co-finance the Africa-Brazil Agricultural Innovation Marketplace, a program designed to share knowledge between the two regions. And as you know, “knowledge is power.”

The program was inaugurated this week as part of the Brazil-Africa Dialogue on Food Security, Fighting Hunger and Rural Development. With an initial grant of US$500,000 from IFAD, the Innovation Marketplace will fund four to seven projects over the next two years. The projects will look for ways to share productivity-enhancing technologies, natural resource-management practices, and policy and marketing initiatives between Brazil and Africa.

And while the initial investment may seem small, with Embrapa and the Forum for Agricultural Research in Africa (FARA) taking the lead, there is considerable knowledge and technology that can be shared through the new forum.

“South-South dialogue is a two-way process. Only by allowing for the fluid interchange of ideas, technologies and goods between the regions will we truly achieve sustainable results,” said IFAD Vice-President Yukiko Omura in her address at the Brazil-Africa Dialogue. “Brazil offers technological know-how, strong grassroots organization, proven methods to bring products to market and well-planned resource-management practices.”

“On the technological front, the experience of institutions such as Embrapa provides a unique opportunity to transfer the latest agricultural technology, including better seeds, higher yield crops, enhanced planting techniques and overall improved farming systems,” Omura added.
With portions of Africa and Brazil sharing similar ecosystems, crops and climates, it’s possible that the interchange of technologies could make a real difference.

In his address to the Brazil-Africa Dialogue, Brazilian President Luiz Inácio Lula da Silva said that the land used to produce biofuels in Brazil is very similar to Africa’s Savannah, but added that part of Africa’s lands should go to ensure food security, while the other portion can be used for cash crops.