Posted by Cecina on April 18, 2012
In the context of the SCAMPIS Project (www.ifad.org/english/water/scampis/)  has been developed the MSC analysis to complement the quantitative M&E data collection.
During the last SCAMPIS M&E mission to Guatemala “stories” about the most significant change have been collected in the municipalities of  Moyuta, Conguaco, Chiquimula (Olopa, Camotan), San Pedro Pinula.
The story collection is one of the 4 steps identified for the SCAMPIS MSC technique.
The process of collection have been extremely interesting and rich in terms of stories collects and people involved.
MSC first phase: Stories collection
Around 22 stories on have been collected by kids of the age between 13-16 years old. The story narrated by the project beneficiaries were about the most significant change and the challenges faced during the involvement in SCAMPIS.
The kids have been trained, so as real “reporters” they interviewed the project stakeholders, they recorded videos and took photos.
The process in each community started with a short ice-breaking capacity building of the kids, to learn how to use the video-camera, the photo-camera and to run an interview.
The kids demonstrated great interest, even if very shy  at the beginning, some of them scared, after the first “interview trial” among us, found the exercise interesting, and going to the field, interview after interview they became quite experts: at the end of the day they were totally independent and capable of managing their own interview (without almost looking at the questionnaires). The activities lasted 1 entire day in each of 5 communities, at  the end of the day all the kids where tired, but at the same time enriched by the experience and owners of a nice diploma.
Most important lesson:
-          LEARN HOW TO ASK. The kids learned something extremely important (for the consultant unexpected): ASKING QUESTIONS. "Kids stay among kids", so usually they are not used to go to adults or old people of the village asking direct and specific questions. They understood that even if it could seem there are enormous distances between them and adults, this distances can be overcome easily.
-          KIDS CAPABILITY The kids demonstrate great capability to “be reporters” few more interviews would have been enough to insure their skills as "local reporters”
-          USE OF TECHNOLOGIES Despite the fact that the kid had never taken a photos or a videos, nor conducted interviews, it has been relatively easy for them to learn. A bit more difficult for them was to deal with the emotional aspect.
-          PRACTICAL LEARNING The kids learned a lot about doing vegetable gardens, natural pesticides, cookings, etc, and considering that they also are involved in school garden, it has been extremely useful for them.
-          At the end of the day a short brainstorming on the understanding of the interview, showed that they understood and stored the stories content.
-          The questions used have been adapted and improved day by day, but still could be improved and adapted to different context. Not all the beneficiaries are able to answer in a extensive way to the questions, and not all the kids have been able to help the farmers interviewed with additional questions (e.g. I explained then to always ask, “why”, “could you give me an example?” this helped but is not enough). This aspect has to be strengthened during the kids training.
-          An event with the stories and videos will be organized by the educadoras to share the experience with other kids and people of the nearby communities. The material can be used to sensitize other families.
Finally, 10 additional stories have been collected (technicians, educadoras, project supervisor, project coordinator and other stakeholders) to complete the overview of the project in order to understand the most significant change also from the point of view of the strategy adopted and the organization promoting it.
The second phase will be implemented during the next SCAMPIS meeting (23rd April) at Funcafé central office by the end of April the result of the analysis will be sent to IFAD.
Photos available at this link:  https://picasaweb.google.com/CeciliaRuberto/ScampisGuatemala2012
Videos:  http://www.youtube.com/playlist?list=PLA547A54E873204EB&feature=plcp 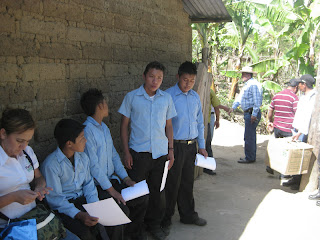 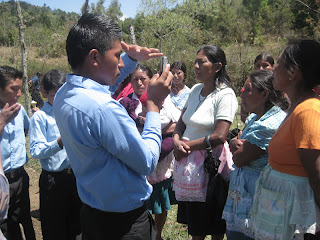 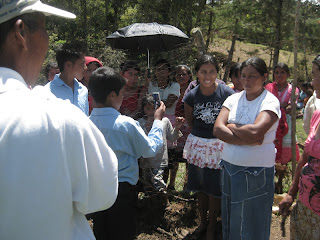 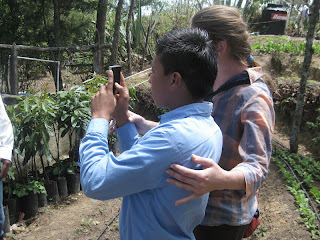 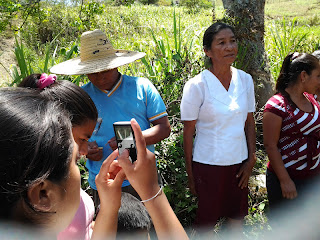 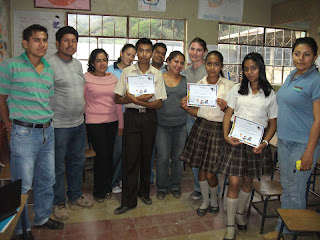 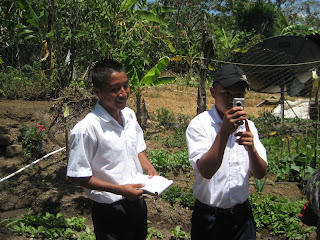 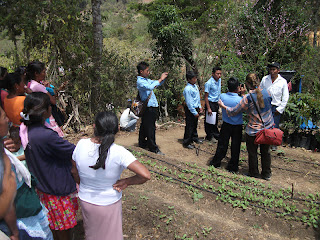 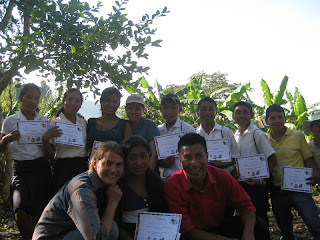 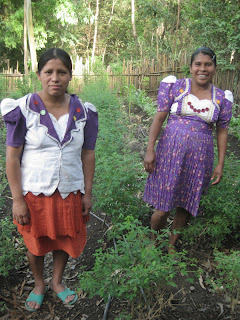 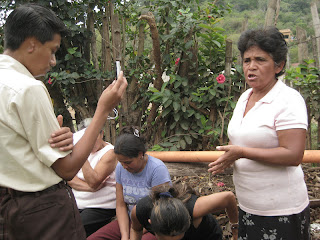 Additional information on SCAMPIS MSC is available upon request, write to c.ruberto@ifad.org. A short presentation will be soon organized to share the experiences and build on that. The process is part of the SCAMPIS Learning Path second phase.
SCAMPIS micro-irrigation Madagascar India Guatemala Learning path Innovation water