Knowledge is central to overcoming poverty in Brazil

The two projects will benefit over 80,000 poor rural families at a total cost of US$133 million, with US$56 million in IFAD funding.

“The Dom Távora and Paulo Freire Projects are named after famous Brazilian educators and advocates for the poor, and look at knowledge as the central tool to overcoming poverty,” said IFAD’s Country Program Manager for Brazil, Iván Cossio. “Paulo Freire will work in the state of Ceará and focus on providing over 60,000 poor rural families with the tools and training they need to overcome poverty. The Dom Távora Project will be implemented in Sergipe, and focuses on the promotion of rural businesses and capacity building, and will benefit around 20,000 rural households.”

Brazil is an emerging economy with a growing GDP and sustained poverty reduction. Nevertheless, inequality and poverty persist.

About 55 per cent of the rural population in Brazil lives below the poverty line. This percentage increases to 66 per cent in Northeast Brazil, where more than one in three people live in extreme poverty. In some states of the Northeast, this percentage climbs to more than 75 per cent, making this the largest pocket of rural poverty in all of Latin America.

“The two projects will work on the state level to fulfil the federal government’s poverty reduction goals. They have been fully integrated within the framework of the ‘Brazil Without Extreme Poverty Programme’ and will serve to compliment the Bolsa Familia conditional cash transfer program,” Cossio said.

Paulo Freire Project
The Ceará Secretariat for Agrarian Development will implement the Productive Development and Capacity Building Project in the State of Ceará (Paulo Freire) over six years.

The project will cost a total of US$95 million, with US$40 million in financing from IFAD, US$40 million from the Ceará state government, and US$14.9 in contributions from the beneficiaries themselves.

“The project looks to reduce extreme poverty in the project area from 43 to 28 per cent, grow household assets by 30 per cent, and provide 60,000 households with training, technical assistance and the tools they need to grow their businesses, access markets, protect the fragile semi-arid environment and lower their risk profile,” said Cossio. “We’ve found that an investment in women and youth is an investment in a sustainable future. With this in mind, over half of the project beneficiaries will be women and young people.”

Dom Távora Project
The Rural Business for Small Producers Project (Dom Távora) will be implemented over six years by the Agricultural Development Enterprise of Sergipe agency under the direction of the Secretariat of Agriculture, Agrarian and Rural Development.

It will cost approximately US$38 million, with US$16 million in financing from IFAD, US$12.6 million from the state of Sergipe and over US$9 million from project beneficiaries. 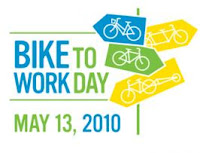