IFAD-funded projects face 'up-front' gender challenges in the Bhutan + 10
Selected projects in Afghanistan, China, India, Nepal, and the Philippines, of Asia and the Pacific; Bolivia and Peru of Latin America and Caribbean and Uganda and Ethiopia of the ESA Regional Divisions of IFAD sent participants to this international conference. The IFAD-supported delegation met October 15, 2012 to face ‘up-front’ gender challenges which will be tackled at the Ministerial High Level Panel and the Road from Rio + 20 High Level Panel and the two scheduled plenary on ‘Gender and Transformative Change’ and “Climate Change and Gender’, on the second day of the conference.  The meeting among IFAD projects was initiated and facilitated by Maija Peltola at the Khang’s Residence where all the IFAD participants are billeted. Participants introduced each other, and shared what they do and why they came to the conference. The participants shared that they came to learn more about gender and mountain development, gain insights from project experiences to   enhance their own projects and to share also their own stories on gender in natural resource management. Ms. Peltola encouraged the participants to form learning pairs to enhance together insights and learning from the conference sessions and discuss among themselves how these can enhance their own projects and how they plan to implement these on their way back to home stations.

Dr. Gurung started the session by stating that resistance is part of transformation and that in order to transform there is a need to focus on the structures and the leaders. She further shared that in gender mainstreaming – there is no real transformation for this can only happen when women start to use their own power in changing and to change.

Ms. Anuradha Koirala on the other hand stressed that ideas put forward should help build institutions for gender mainstreaming and that women’s empowerment initiatives only affirms that women are not empowered and that they are so because there has been no real transformation that has taken place yet largely.

The sessions introduced the participants to diverse issues revolving around the need for gender and transformative change. These opening statements and issues shared opened more questions from the participants which were responded to by the discussants.  The participants became more aware of the real issues confronting gender concerns and for real transformation to happen and to become a reality.

Dr. Nightingale posed the question why are there no professional women highlighted in the world of natural resource management; how wide are the women affected differently; what are the effects of male migration; how critical is women’s knowledge and what are the most effective adaptation practices. These questions started the discussions among the panel speakers.

Dr. Nightingale shared that we need to understand that in adaptation some maybe secured more than others thus there is a need to regain knowledge on access to and control over resources relevant to climate change. She also stressed that adaptation and mitigation measures require coordination and collective actions and the need for data and evidence especially as there has been no complete data yet on gender and climate change – thus the need for consistent evidence-based data collection. She further added when data from female-headed are gathered it is important to note that in male-headed there are women also.

These discussion points made the participants aware of the intricacies in exploring further climate change and its significance to women and to men which provided the depth of insights and sharing that will surface in the sessions that will be opened as the Bhutan+10 international conference unfolds in the succeeding days.

The Road from Rio + 20 High Level Panel
October 15, 2012
The Chair and Discussant of the “Road from Rio + 20 High Level Panel is Honourable Lyonpo Dr. Pema Gyamtsho, Minister of Agriculture, Bhutan together with Dr. Devaki Jain, Founder of Dawn, India; Dr. Elizabeth Migongo-Bake, UNEP, Kenya; Meena Khanal, Joint Secretary, Ministry of Environment, Nepal; Nathalie Eddy, GGCA, USA; and Dr. R.S. Tolia, Doon University, India.
A question was posed on whether there has been a backsliding on women/gender issues after Rio + 10 and where did we go wrong. Dr. Devaki Jain, founder of DAWN, India commented that Bhutan +10 is a gender achiever and that we should not start with a perspective of a backsliding view but rather from a point of view of where we are right now.

Another question was posed before the discussants on ‘what do the Bhutan +10 delegates need to consider’. Dr. Jain stressed that the gender and women agenda are addressed on a need-basis and that on women’s role on the environment, strong consideration on proximate production resources must be considered.  Ms. Meena Khanal, Joint Secretary, Ministry of environment of Nepal said that we need to change our mindset so we can achieve transformative changes and that the fear of losing power is what makes men vicious.

The RIO + 10 sessions introduced the participants to the various issues and concerns on gender and mountain development which will unfold as the days progress in this international conference, “Bhutan +10: Gender and Mountain Development in a Changing World.”

Virginia Verora is the Gender Coordinator for IFAD Philippines.

Perspectives. This series of first-person accounts from project participants and other key stakeholders takes a candid look at rural development. The purpose of Perspectives isn't just to share information, but also to empower stakeholders to voice their opinions, share their perspectives and provide fresh new looks into the world of international development. 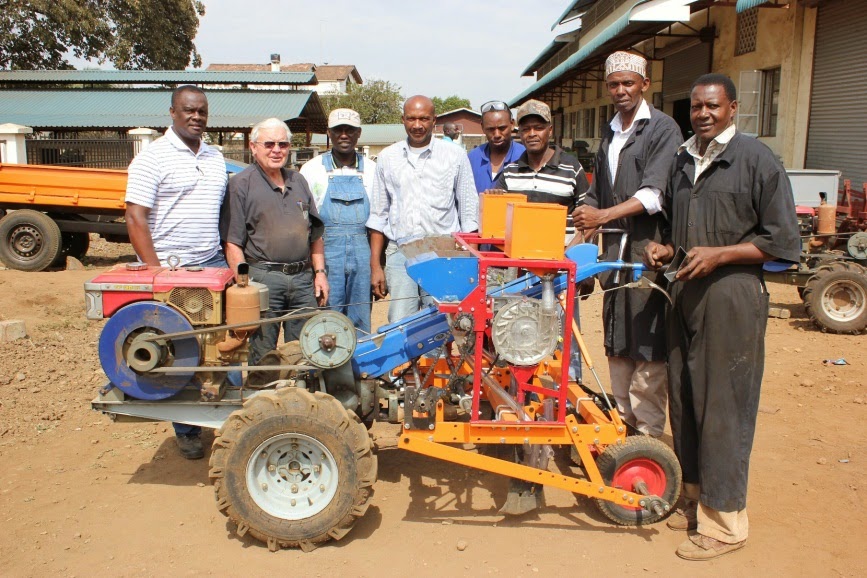 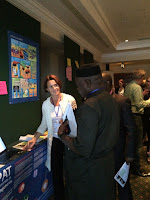 Last week in Addis Ababa IFAD organised together with GEF and partner agencies a 3-day workshop on the Integrated Approach Programme on Fostering Sustainability and Resilience for Food Security in Sub-Saharan Africa.

The overall purpose of the meeting was to finalize the results framework for the umbrella project and agree on its functions and its interactions with the country projects. The first day … 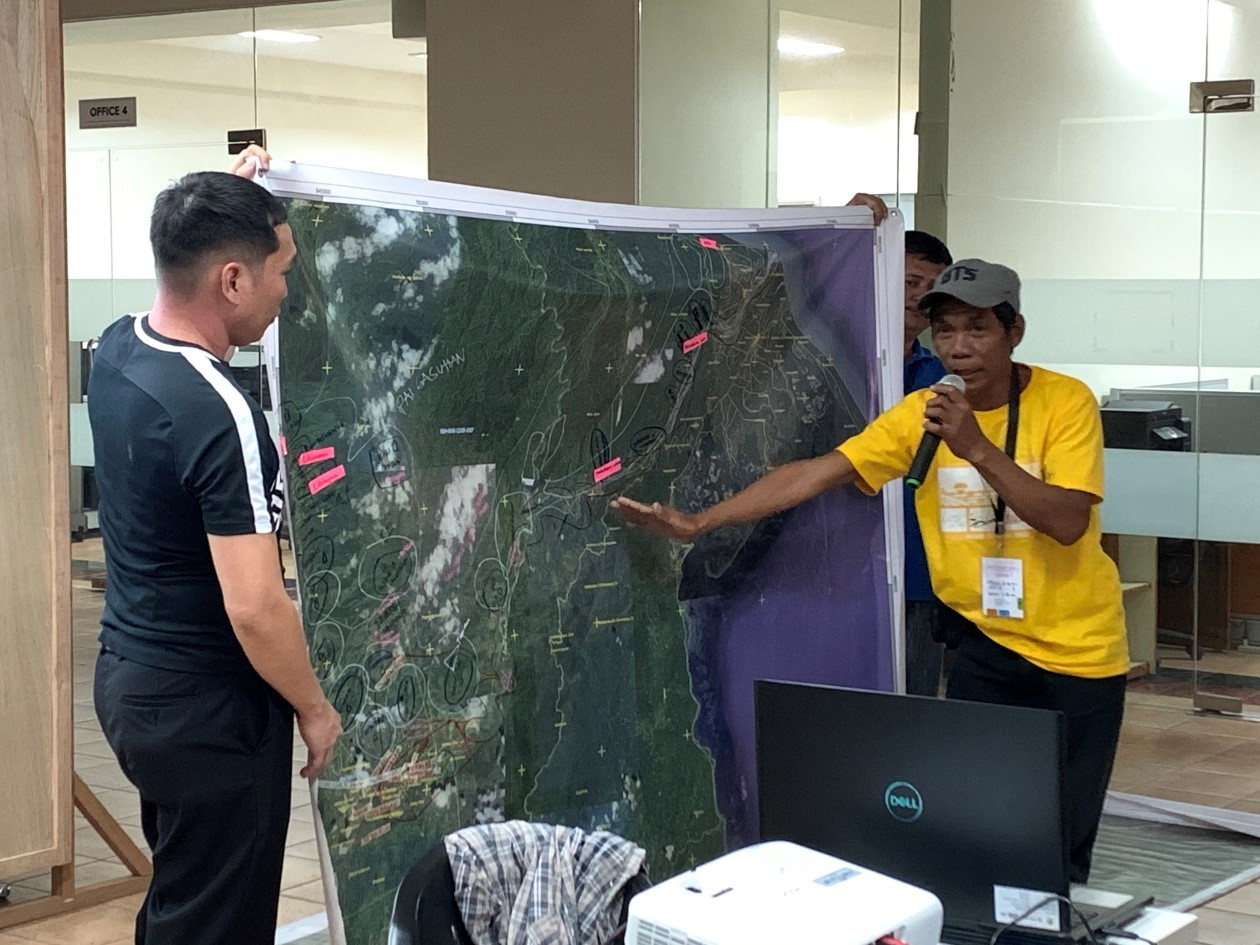 Knowledge management and policy engagement are both high on IFAD’s agenda, however, I always struggled to find actual ways of effectively linking one to the other. The IFAD Country Office in the Philippines has developed over the years a process to make this happen: the Knowledge Learning Market and Policy Engagement (KLMPE).
Since 2014, the Philippines has been actively celebrating the International Year of Family Farming, through the KLMPE Conference. Each year, some 250 farmers from IFAD co-financed development projects and partners from across the country meet with government agencies such as the Department of Agrarian Reform (DAR) and the Department of Agriculture (DA), civil society organizations and development partners to share and discuss best practices and policy issues on family farming.

I had the opportunity to participate in the KLMPE 2019 last week in Manila. This year, in support of the Global Launch of the United Nati…