Posted by Unknown on March 07, 2014
By Harold Liversage, regional land advisor, and Steven Jonckheere, land and natural resources associate for IFAD in East and Southern Africa. 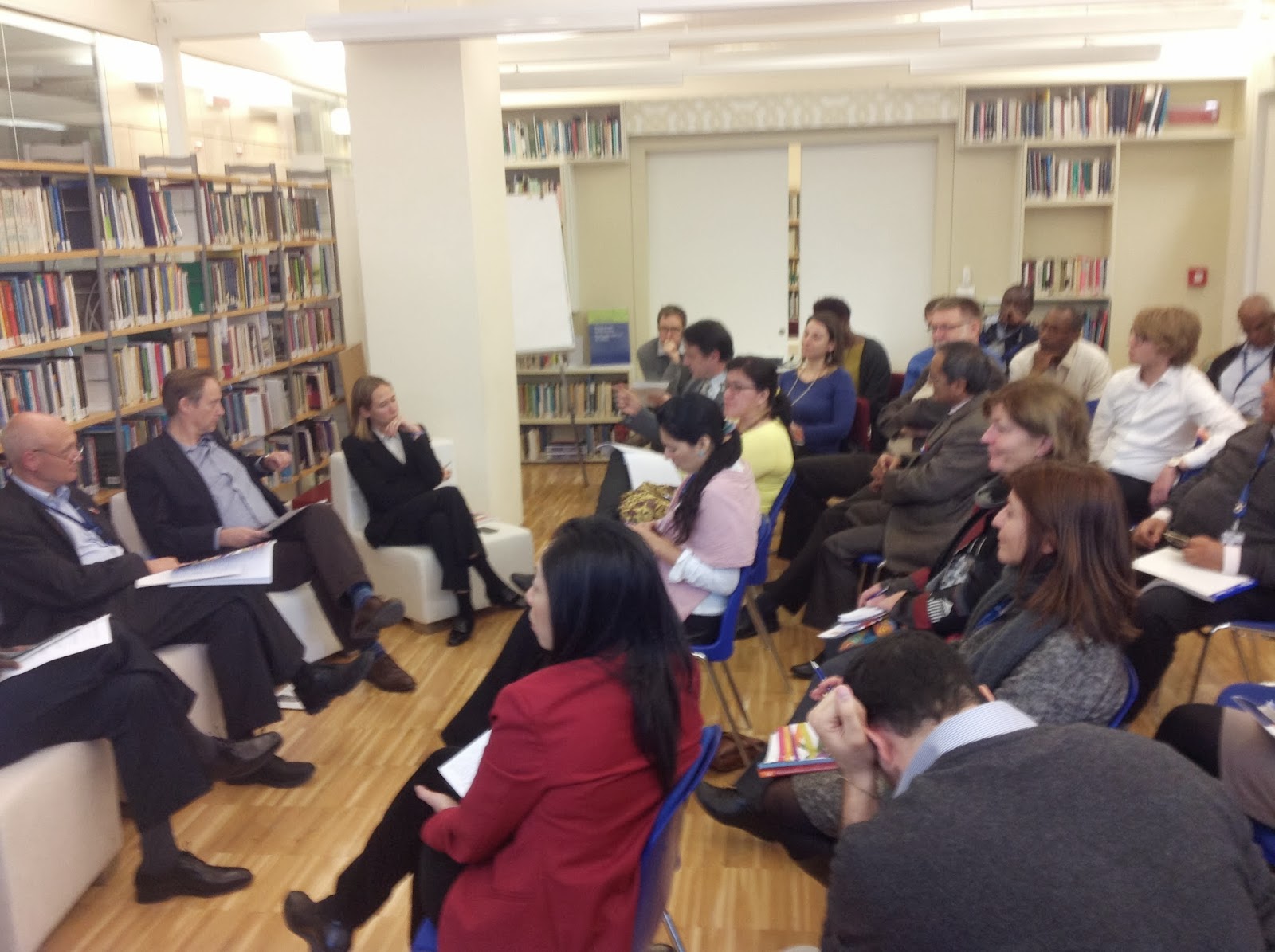 During the 2014 Global Staff Meeting, IFAD and the Secretariat of the International Land Coalition (ILC) organised a thematic session on lessons, challenges and opportunities for IFAD to scale up its support for land tenure security and governance. The session is part of an on-going consultation to develop a strategic approach on how scaling up can be achieved in this thematic area and was moderated by Ed Heinemann (Policy Dialogue Adviser). Madiodio Niasse (Director of the ILC secretariat) gave an overview of the global context and Harold Liversage (Regional Land Adviser) focused on the important of land tenure security for IFAD and the challenges  and opportunities it faces for scaling up. Two colleagues from IFAD country offices shared their experiences, namely Pontian Muhwezi (Country Programme Officer for Uganda) and Stefania Dina (Country Programme Manager for Laos). The session was attended by a variety of people from various divisions (e.g. five regional divisions, Environment and Climate Change Division, Policy and Technical Advisory Division, Strategy and Knowledge Department, Partnership and Resource Mobilisation Office), including a significant number of colleagues from IFAD country offices.

Developing countries throughout the world are currently experiencing unprecedented pressures on land and natural resources; a host of factors has prompted sharp increases in demand for land, water, grassland and forested areas in developing and emerging countries. These drivers, combined with climate change and population growth, have led to increasing investments and speculation in agricultural and forestlands. While the data seems to indicate that millions of hectares of land in developing countries are being newly leased or sold, an accurate picture regarding scale and impact has been difficult to obtain, due to a widespread lack of transparency involved in such transactions.

Most national land policy reforms undertaken in the last decade recognize the legitimacy of customary land rights. Gender equality is also now high on the policy agenda. In addition to the increasing recognition of land tenure security, there are a number of global and regional frameworks that seek to provide high‐level guidance to the nature and content of land policy processes and tenure security initiatives. The scaling up of tenure security is a key concern for these institutional and policy responses.

IFAD uses various tools and approaches to strengthen poor rural people’s access and tenure and their ability to better manage land and natural resources, individually and collectively. These include: recognizing and documenting group rights to rangelands and grazing lands, forests and artisanal fishing waters; recognizing and documenting smallholder farmers’ land and water rights in irrigation schemes; strengthening women’s secure access to land; using geographic information systems to map land and natural resource rights, use and management; identifying best practices in securing these rights through business partnerships between smallholder farmers and investors. The tools and approaches are incorporated in broader rural development programmes.

IFAD’s partners in this endeavour include governments, civil society organizations, development institutions and other United Nations agencies, particularly the Food and Agriculture Organization of the United Nations (FAO). IFAD is also a founding member of the International Land Coalition and hosts its secretariat. In 2008, IFAD’s Executive Board endorsed a new policy on access to land and tenure security, underscoring the importance of land issues to the organization.

IFAD has an important role to play in scaling up support for land tenure security and governance. This will be done by documenting and sharing its experiences, piloting new approaches, engaging in evidence-based policy dialogue and forging partnerships.

In Laos, IFAD has been supporting activities to secure the land and natural resource rights of its target groups in its projects and programmes. Given the gaps that existed in the legal framework, the country team decided to engage in the revision of the land policy to ensure that the rights of IFAD’s target groups are secured. The revision of the policy is still on-going, but seems to be going in the right direction. This has been possible through the informal networks that the country team has set up, the role it plays in the national sector working group and the champions that are present at high level. In the District Livelihoods Support Programme in Uganda, IFAD has been successfully piloting the issuing of Certificates of Customary Occupancy to poorer segments of the community and strengthening the capacities of district land offices. The positive experience will now be replicated by the Government in other parts of the country.

Successful tools and approaches to strengthen poor rural people’s access and tenure and their ability to better manage land and natural resources can also be found in other countries. While in Nepal, IFAD has been supporting the issuance of leasehold forest titles to the poorest segments of the community, in Mozambique IFAD has contributed to the development of national guidelines on community-investor partnerships. Generally, IFAD interventions almost always have an impact on the value of land. In addition, the rural-urban nexus brings new land issues into play. However, often land issues are difficult to tackle given political sensitivities and it might be more challenging to secure customary rights. It is also important to take regional differences into consideration, while looking for entry points for IFAD to engage on these issues.