This Has to Stop

Posted by daniela cuneo on November 25, 2014
by Jessica Thomas

Can you think of a business that is  three times more profitable than Apple? A business that involves 35.8 million people and operates in every single country of the world?

I am talking about the business of human trafficking or human slavery, one of the most flourishing and profitable criminal industries in the world. 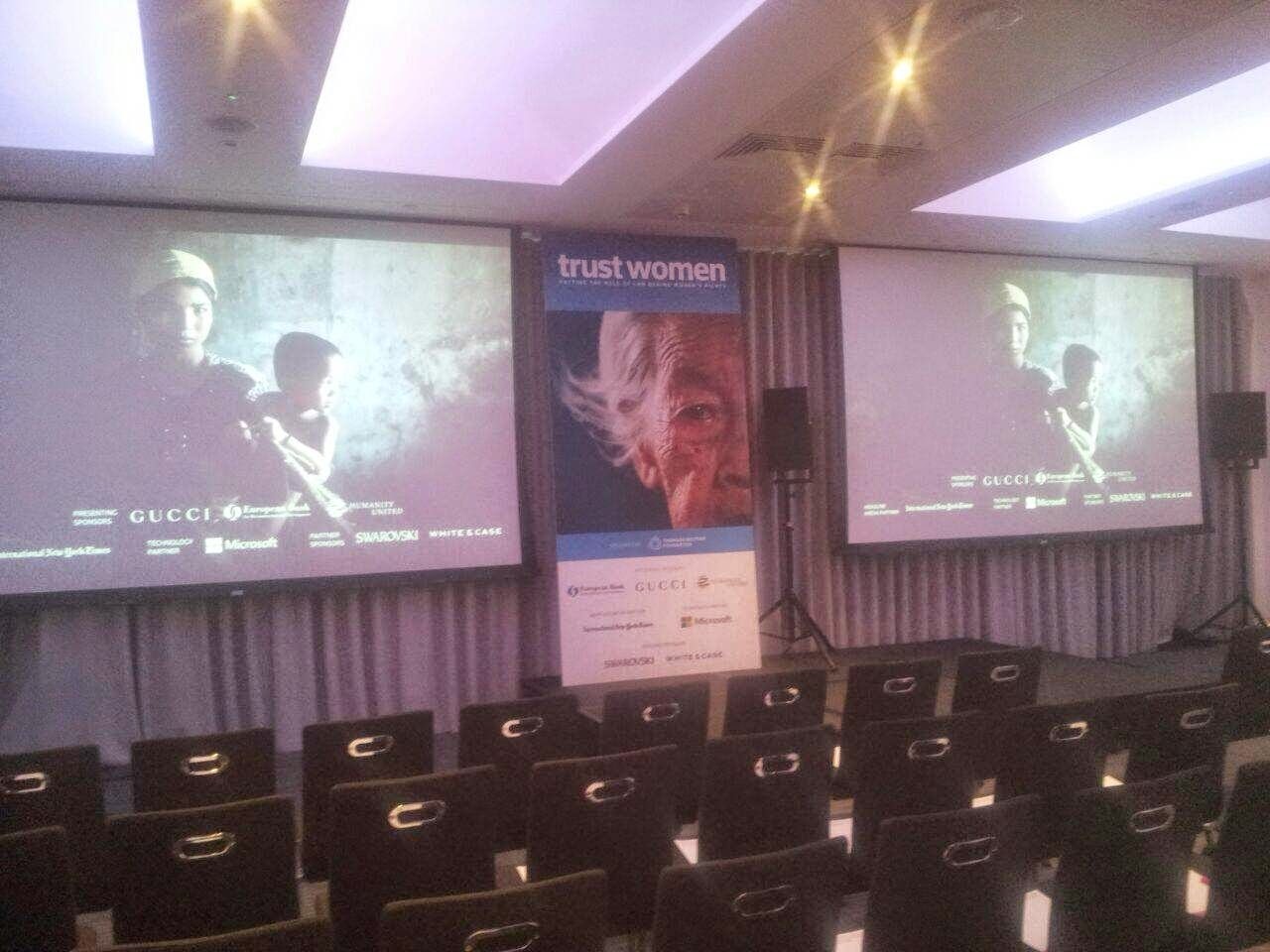 Last week I was lucky enough to attend the Trust Women Conference in London. At this two-day event I heard 'There are more slaves today than ever before in history’. When I heard this statement I thought, how can that be, it is definitely wrong. But when I saw the facts and statistics, and heard testimonials from the survivors, I was stunned by the atrocities but heartened that so many people, companies and organizations are giving their time, energy and ideas to stop this silent crime.


Human trafficking is the immoral and illegal buying and selling of human beings as commodities to meet global demands for forced labour or commercial sexual slavery. While women and girls are the most vulnerable and make up 66% of the total annual trafficking, this terrible crime does not spare children and men, who respectively constitute 22% and 12% of the total.

The Trust Women Conference aims to put the rule of law behind women’s rights through concrete action. The annual conference brings together global corporations, lawyers, and pioneers in the field of women's rights to take action and forge tangible commitments to empower women.

Over 500 participants from 55 countries attended the conference and engaged in panel discussions and “action groups" addressing specific issues that disenfranchise women and limit their potential.

The panels ranged from 'Women, economic accelerators of society', highlighting the fact that when a woman has a job, 90% of her income goes toward her family and how providing women with  access to education and credit helps to enhance the wellbeing of the household  to  'How to make mega-cities women-friendly’. This panel used the data from the recent Reuters poll which examined transportation safety and caught the headlines of mainstream media. Other panels dealt with topics such as  'Access to land, the biggest challenge for women's empowerment' discussing the challenges of property rights and access to credit as an essential tool to eradicate poverty;  'The Human cost of a bargain: Slavery in the modern supply chain' that highlighted corporate accountability, the need for sound monitoring mechanism and introduced the Memex project which counters human trafficking via domain specific indexing (highly specific internet content search); 'I was a slave: real stories of survival', heart breaking stories from the survivors themselves;  'The long road to freedom: the Psychological issues faced by slavery survivors' where survivors and health workers talked about how to deal with survivor’s long term traumatic disorders.

The conference benefitted from high-profile speakers such as Emma Bonino, former Italian Foreign Minister; Muhammad Yunus, Nobel Laureate; Nobel Peace Prize Laureate, Kailash Satyarthi; world renowned artist, Anish Kapoor; and Cyrus Vance Jr., District Attorney, New York County. They spoke with passion and above all spoke less of what is the harsh reality and more of what they are actually doing and what the world needs to do.

I also heard from Ellie, from Marcela, from Manan and from Evelyn. They did not have honorifics and fancy titles…. they are survivors who only a few years ago were slaves….slaves in the mines, domestic slaves and sex slaves.

The event featured two award ceremonies: The Trust Women Hero award presented to Fazle Hasan Abed, founder of BRAC for his innovative and high impact work that helped women to advance and defend their rights; and Chika Oduah, a Al Jazeera freelance journalist and producer  who received the Honorary Journalist Award recognizing her significant contribution to women's rights.

This year’s conference ended with the launch of  the End Child Slavery Week campaign. In the coming days, the organizers will announce the conference actions, wills and pledges.

Let me close this blogpost with one of the most touching sound
bites from one of the many survivors who is on the road of discovery and recovery…….. ’

P.S. I was able to attend this amazing conference thanks to my organization's reward and recognition programme.