Improving incomes for rice farmers: a photo blogpost from Cambodia


This is a story about hardship and resilience. It's a story about people who struggle against chronic poverty and hunger. It's about rice farmers who sometimes don't have enough food to eat, but who are determined to improve their lives. It is a story of triumph.

Cambodia is home to 4.8 million poor people. Ninety per cent of them live in rural areas and most depend on agriculture for their livelihood. About 88 per cent of the rural population owns a small plot of land, often less than two hectares.  These small-scale farmers produce food at the subsistence level, for the most part without access to modern farming techniques or equipment.

I was in the north Cambodian countryside this week visiting members of the Rural Livelihoods Improvement Project in Kratie, Preah Vihear and Ratanakiri (RULIP).  Although the IFAD-funded project was completed in September 2014, many of the activities are ongoing.

The villagers I met were eager to show me what they had learned and how far they had come.  I think that the pictures speak for themselves. 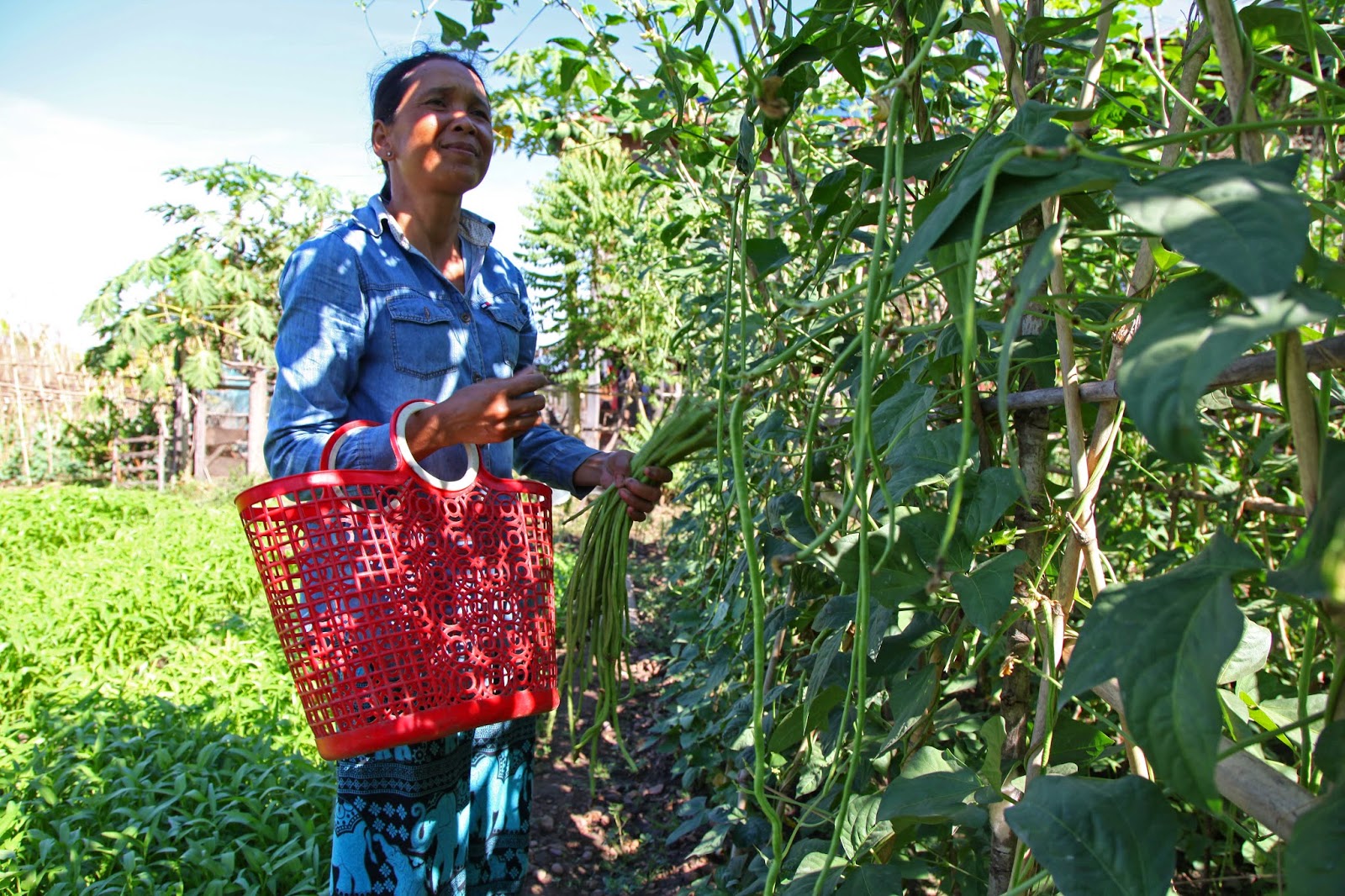 Farmer grows organic long beans on a small vegetable plot in Kampot village. She also grows papaya,
moringa, banana, jack fruit, guava, mung bean and lemons. She and her husband belong to a vegetable
growers’ cooperative and lead in testing new crops and sharing their experience with other cooperative
members. ©IFAD/Susan Beccio 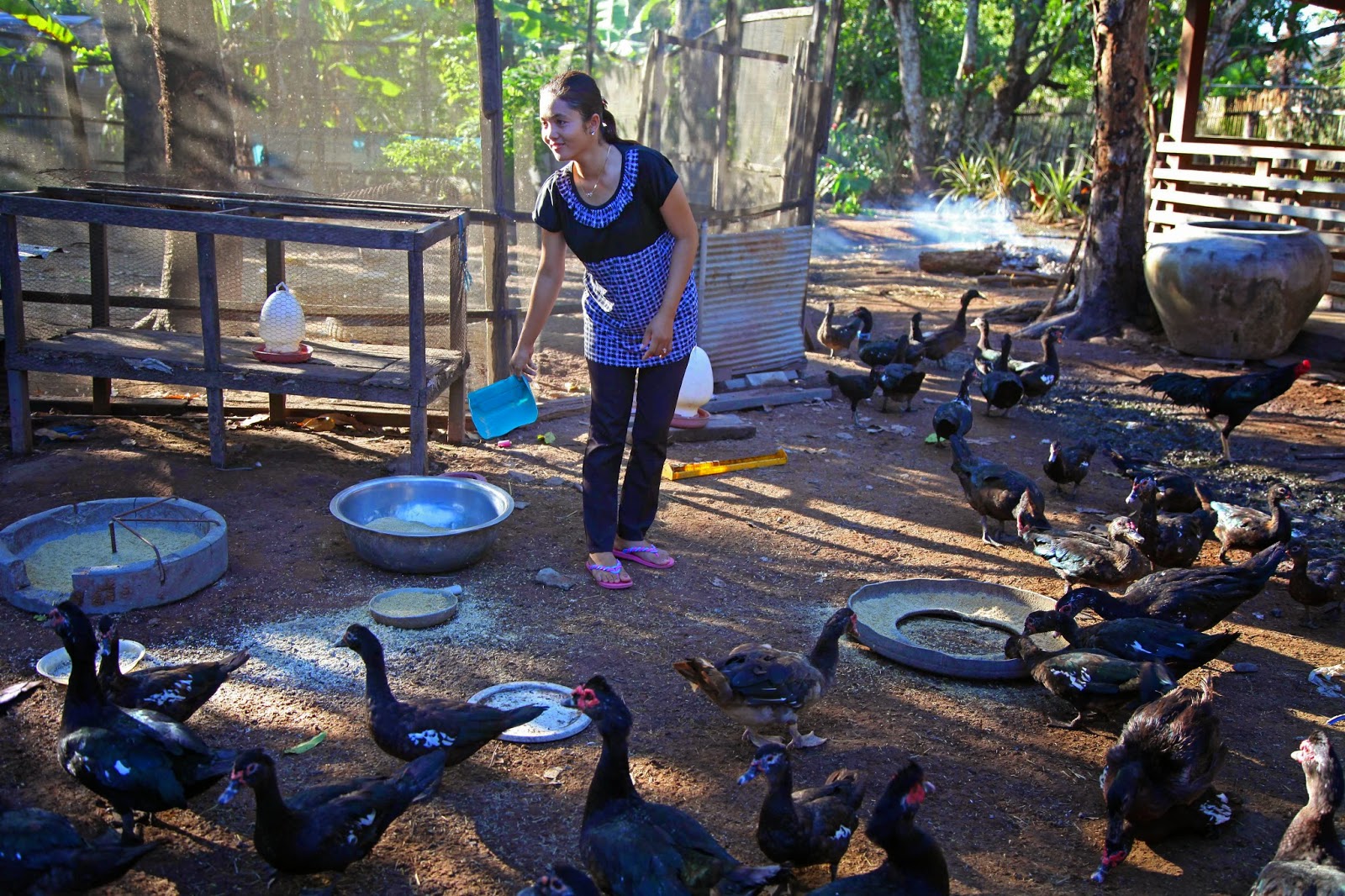 Pom Sopbean, 25, raises ducks on her farm in Senmonorom village. She is recognized as a “model" farmer
in her community and trains other farmers in the area. Pom recently won third prize in a national
rice seed competition and is very proud of her accomplishment. ©IFAD/Susan Beccio 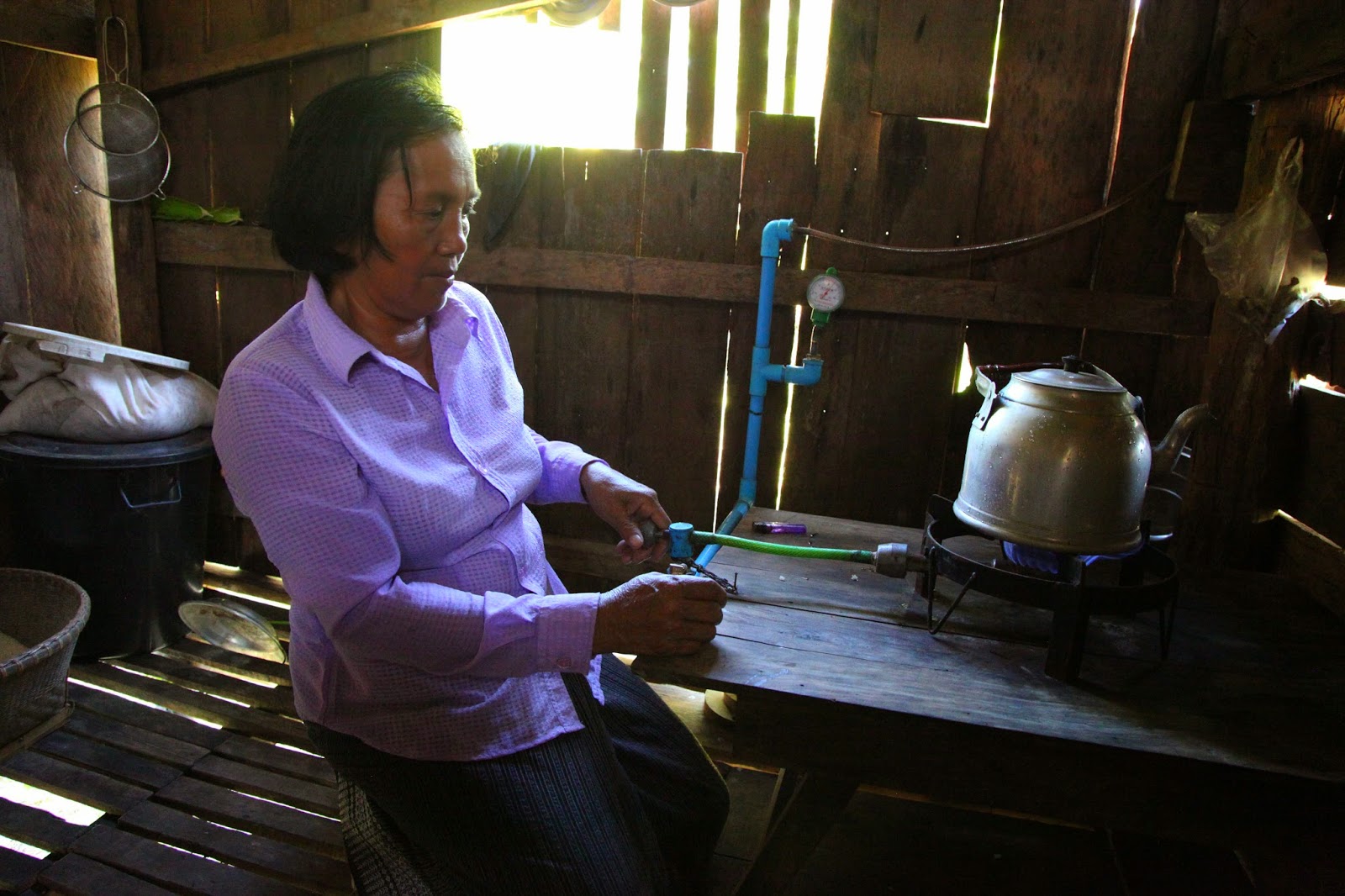 Kuy Samoeun lights a biogas stove to make tea in her home in Krohorm village. She is a 61-year-old
rice farmer who practices modern, integrated farming techniques. Kuy raises pigs and uses the
manure to fuel a small biogas digester that generates energy for cooking. ©IFAD/Susan Beccio 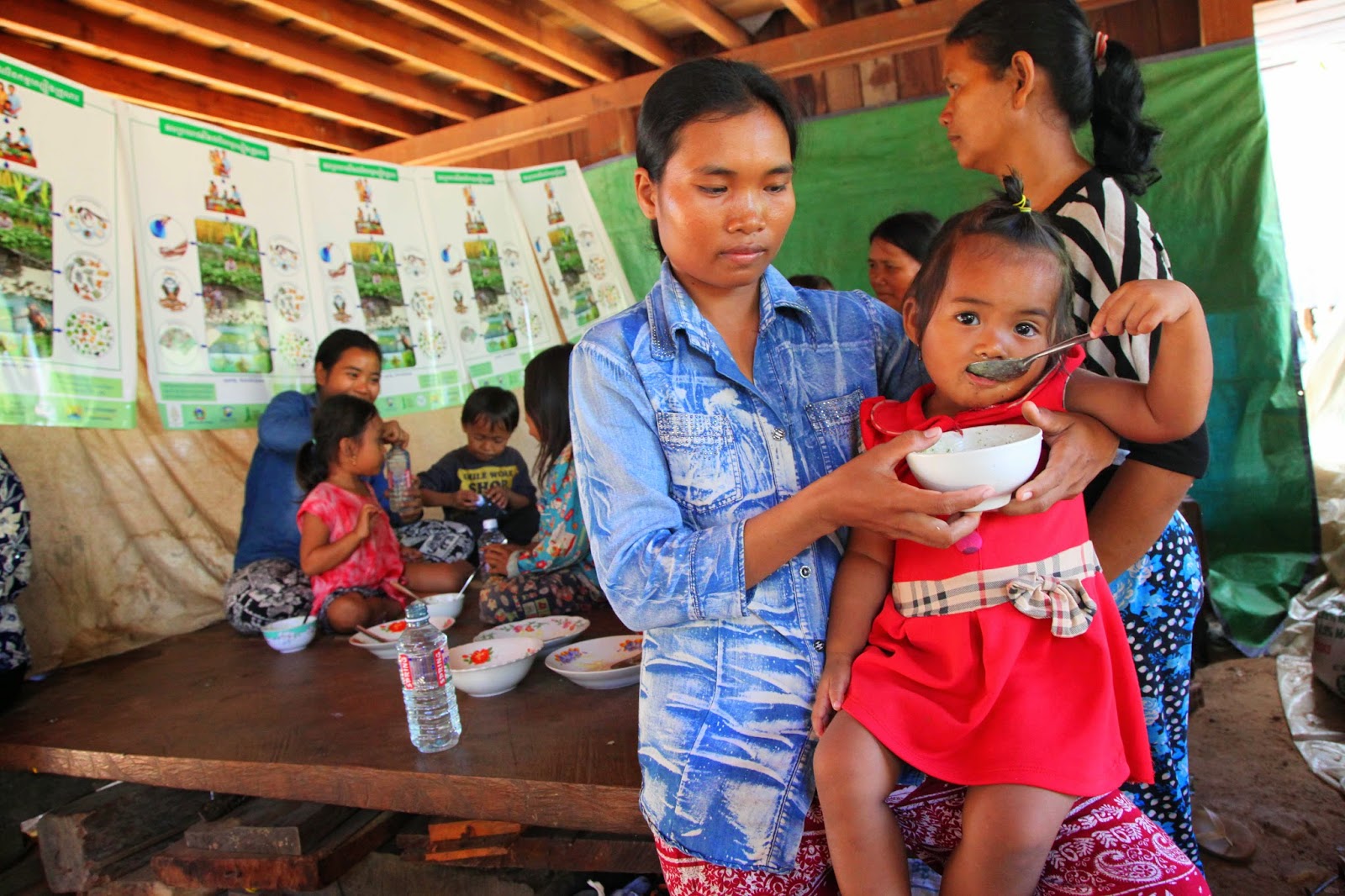