Posted by David Paqui on December 22, 2014
by Custodio Mucavel

“The fish recognise me when I approach the ponds to feed them. They swim towards me because they aren't afraid. They know I'm their best friend", explained Tome Zacarias, a farmer in Chiongo, (about 40 kms from the town of Gondola), whose farm US Ambassador Lane visited on 10 December 2014.

Tome has been nurturing his passion for fish farming since 2003 when he first started with three small ponds. He farms tilapia and currently has five fish ponds of different sizes. They form part of his integrated farming business which includes maize, vegetables, fruits and farm animals.
During the one and a half hour visit with Ambassador Lane and his delegation which included journalists from six countries and representatives of the three UN Rome-based agencies, Tome talked about what had brought him to become passionate about fish farming, including how he had sourced his first fingerlings.

He also described how he selects the site where he digs his ponds, including the farming techniques he uses to assess the soil water holding capacity. He showed how he makes the fish feed from scraps from his farm produce – pumpkin, cassava and sweat potato leaves – supplemented by corn bran provided by the extension officers from the Mozambique National Institute for Aquaculture Development (INAQUA).

Since 2012, Tome has received support from a local INAQUA extension officer who has provided technical advice on the production cycle, timing and feeding, how to select where to locate the ponds and how to calculate the quantity of fish in each.

Tome is one of the beneficiaries from PROAQUA – a US$ 3,4 million regional project. Limited to a designated area of four neighbouring districts – Mossurize, Sussundenga, Gondola and Gorongosa – the project zone has abundant water resources with many rivers providing considerable potential for aquaculture.

Access to markets is good, with the project districts flanking either side of the Beira Corridor. The project responds to a request from the Government Of Mozambique (GoM) for support in meeting the Millennium Development Goals (MDGs). Financed by the European Union as part of the GoM's "Accelerating progress towards MDG1c in Mozambique" initiative, the programme was jointly implemented in 2013 by IFAD, FAO and WFP and will conclude in 2018.

The rationale for the project is based on the following:
(i) A high priority in the GoM's development strategy, the support for aquaculture is in line with the GoM's and IFAD’s policies particularly as there has been very limited investment in the sector, specifically in Manica and Sofala;
(ii) Aquaculture represents a major and relatively untapped potential for meeting the growing demand for fish in the country;
(iii) Aquaculture also represents an important means of diversifying the farming system that can enable farmers to spread risk; and
(iv) Given that most fish farmers are poor but able to invest in fish farming at minimal cost and with limited risk, thus improving the nutritional status of poor households, is further justification for investment.

The project aims to increase consumption and sales of fish by promoting small-scale fish farming in the project districts. PROAQUA tackles two key themes: food security and commercialization. The strategy recognizes the importance of current fish ponds to household food security and nutrition.
While there is considerable potential to increase the productivity of ponds, thereby generating income for households through sale of fish, it is recognized that the level of poverty of many households in the project zone means that addressing risk aversion is a key priority. This is reflected in the approach adopted by the project.


PROAQUA came into force in April 2014. The field visit to Tome's fish farm offered an opportunity to assess not only the current stage of aquaculture development in the country but the potential and the challenges that will be addressed by PROAQUA. These are mainly in the areas of (i) construction of new and better quality ponds; (ii) promotion of increased productivity of fish ponds by introducing improved pond management using predominantly on-farm  resources and minimizing purchased inputs for fish feed, in addition to an initial injection of quality fingerlings to maximize production potential; (iii) adoption of a household methodology approach – which will be linked to household mentoring – in order to maximize the participation of both women and men in the project; and (iv) use of a performance-based strategy linked to providing incentives in the contracts and involvement of extension staff.

Before visiting Tome's farm, Ambassador Lane met with the Gondola District Administrator, who presented a comprehensive overview of the district’s social and economic development, the ongoing food security and nutrition projects and programmes supported by the three UN Rome-based agencies as well as priority areas for consideration, should resources be made available in the future.
As part of the local tradition, Tome and his family offered Ambassador Lane and his entire delegation lunch prepared from their own produce including bananas and mangoes grown on the farm.

Ambassador Lane was visibly happy with the visit. He encouraged the PROAQUA managers, government representatives and extension officers to provide continued support to enterprising farmers like Tome and assist them in building capacity beyond subsistence to commercial production.
For Tome, who is considered a model farmer in the Chiongo region, hiring the labour to dig the ponds and feed the fish is one of the main challenges he faces. 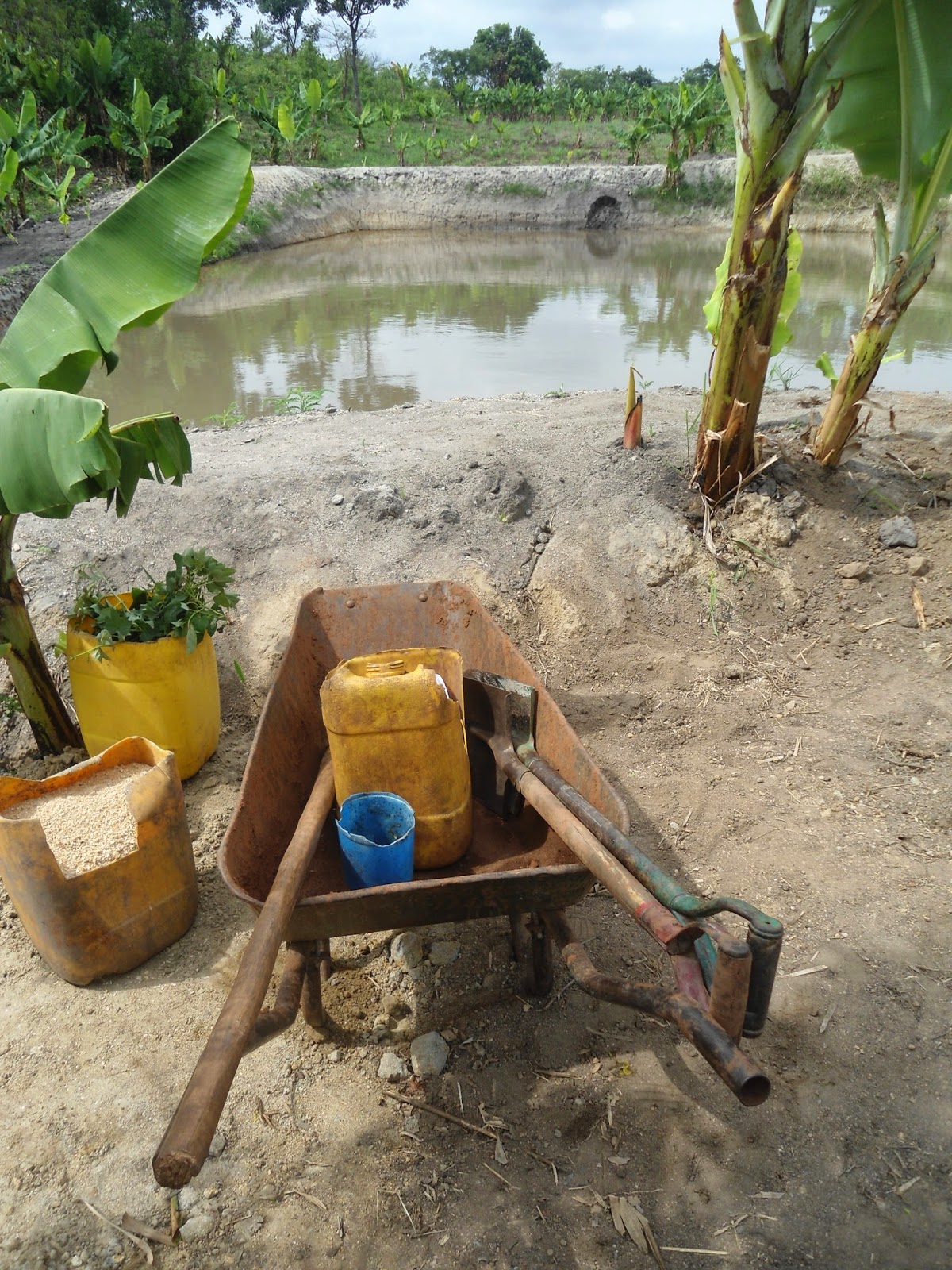