Indigenous food systems and nutrition in the spotlight

Posted by Beate Stalsett on February 25, 2015
Written by Larissa Setaro

The second global meeting of the Indigenous People's forum convened on 12-13 February 2015 in IFAD's headquarters. Held every two years, the Forum is a dialogue between the United Nations, represented by IFAD, and representatives of indigenous peoples from all over the world acting as ambassadors of their own experiences, traditions and cultures. This year the focus was on indigenous peoples' food systems and sustainable livelihoods.

Indigenous peoples have a long history of food systems depending on the traditional knowledge of their local ecosystems. In addition, they play a vital role in preserving and recovering the natural environment that shaped their livelihoods and cultures for centuries, acting as stewards of biodiversity.

In this regard, the Forum hosted a session on the relationship between indigenous food systems and nutrition, and two experts on the subject were invited to speak: Harriet Kuhnlein, Professor Emerita of Human Nutrition and founding Director of the Centre for Indigenous Peoples’ Nutrition and Environment (CINE) at McGill University in Canada, and Treena Delormier, Assistant Professor, Native Hawaiian and Indigenous Health, University of Hawaii. 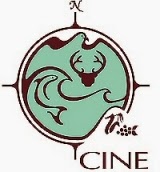 CINE's research started in Canada with the Mohawk Council of Kahnáwake, located near Montréal, Québec. Interested in understanding the impact of indigenous food in indigenous peoples' diets, Kuhnlein and her team developed a methodology on documenting traditional food systems to understand their nutrient composition, benefits and threats. The data collected would then be kept to help the community preserve knowledge on local food systems.

Through the methodology, they developed a range of case studies that involve 12 communities worldwide. CINE's team found that generally, when indigenous products are part of people's diets, they have a positive nutritional impact and should be protected. An example that surprised me comes from the Inuit community, where the traditional food is muktuk, the skin and underlying blubber of the whale. These products contain vitamin C and A, besides micro-nutrients such as iron and zinc, that can be of particular relevance in areas where the growth of fruits and vegetables is constrained by ecological features.

It was also interesting to listen to the experience of Delormier, who herself comes from the Mohawk Council of Kahnáwake and stressed that food is what we are and where we come from. Delormier explained that economic, social and environmental transitions are threatening their food systems. She emphasized that often indigenous products are of higher nutritional value than food bought in supermarkets – which, while inexpensive, is low-quality food that increases carbohydrates and sugars in diets and can lead to obesity, high blood pressure, diabetes, premature heart disease and shortened life spans.

A pertinent comment came from an indigenous peoples' representative from Bolivia, who stressed that indigenous products are central to their nutrition and cultural identity. However, in some cases external forces undermine the preservation of food systems, as it is happening with quinoa, which is becoming less available to indigenous people given its international demand. In these cases, long term, sustainable solutions are overlooked in favour of the driving forces of globalization. Another example comes from the Green Revolution that – through large mono-cropping of high-yield varieties – led to high dependence on a few major cereals varieties and loss of biodiversity.

During the Forum, participants said that indigenous peoples' can have a role in feeding the growing global population through their sustainable ways of preserving ecosystems and therefore conserving the world's biodiversity. However, they still need recognition of their rights, governments willing to work together with them in partnership, access to technologies, and a policy balance between the growing pressure of globalization and the preservation of indigenous culture and food systems.

Through the Indigenous People's Forum and a dedicated session on indigenous food systems at IFAD's Governing Council, IFAD renewed its engagement in preserving and supporting indigenous food systems, rights and identity. Juliane Friedrich, IFAD Senior Technical Specialist on Nutrition, encouraged a holistic approach to improving nutrition, and emphasized the important role of indigenous peoples in that approach. Her point was supported by Adolfo Brizzi, Director of the Policy and Technical Advisory Division at IFAD, who said that diversity is resilience and resilience is a way to manage risks.