Stepping up the gender agenda in IFAD10

IFAD’s gender team has been the first to respond to a challenge issued by the Independent Office of Evaluation (IOE). In recent years, IOE has called on IFAD to be more ambitious than aiming to be ‘moderately satisfactory’ on various aspects of IFAD's performance, most recently in their comments on the Annual Report on IFAD’s Development Effectiveness. The gender team has taken up the challenge and set itself more demanding targets for addressing gender issues during project design.


Why have we done this?

Studies have shown that in contexts where there is greater gender equality, performance is higher  – whether it is at a project level in terms of more sustainable benefits or at a national level in terms of higher rates of economic growth. So it is appropriate to push for higher ratings on gender in all aspects of project design and implementation because better outcomes in terms of women’s empowerment and gender equality will contribute to better project performance and impact on poverty, making a real difference to the lives of women and men.

To achieve higher scores, IFAD will need to move beyond promoting women’s economic empowerment, decision making and workload reduction. In addition, we will have to address the underlying deeply rooted causes of gender inequality. This will include highly significant changes in:
The IFAD gender marker - based on IFAD’s six point rating system of performance - provides more details of what this means in terms of project design:


Where do we stand at present? 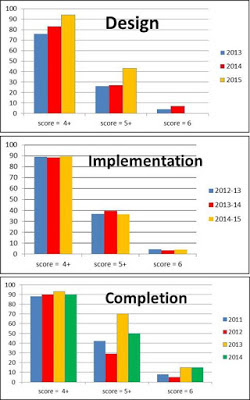 The data show that we are competent at partial gender mainstreaming at all stages of the project cycle (from design through to completion). However, once we look at disaggregated data indicating how many projects achieved a rating of 5 (full gender mainstreaming) or 6 (gender transforamative interventions), it is evident that - in the majority of projects - we are not yet designing for, or achieving, interventions that are likely to fundamentally transform gender relatons or achieve sustainable gender equality impacts.

To better understand how to make projects more transformative, the PTA gender desk joined forces with IOE and PTA colleagues to develop theories of change for gender interventions in the main thematic contexts of IFAD-supported operations. Nutrition and youth were addressed as cross-cutting issues (see box).

Participants at a half-day workshop held in September explored how transformative change can be more systematically promoted within the thematic areas where IFAD is engaged. Six thematic groups - hosted by PTA technical specialists and IOE theory of change experts – developed detailed pathways for transformative change. The discussion was initially based on case studies of IFAD-supported projects and then widened to include additional actions or assumptions to trace through the intervention logic. Attention was paid to drawing up the sequencing of actions and results, the causal linkages and – where applicable - any feedback loops. The discussion placed particular emphasis on how transformative outcomes and changes could be achieved.

Groups discussed how these actions have:
This highly participatory process generated a greater understanding of the key assumptions that tend to inform the design of interventions, as well as the key factors enabling or hindering achievement of gender transformative results. Gaps - in terms of missing links or actions that would be required to enable truly transformative changes to occur - were also highlighted. 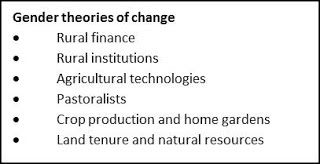 The benefits of a holistic approach

The experiences of the workshop demonstrated the importance of thinking through the logic of development interventions − and understanding their more complex inter-relationships − to ensure we are offering a coherent package of support to contribute to meaningful change. This holistic approach will be essential to push forward on the gender agenda to achieve the more ambitious targets set for gender design in IFAD10. Practical support from the PTA gender team and the two regional gender coordinators in sub-Saharan Africa is set out in the new five-point pathway for gender mainstreaming in IFAD10 (link). This includes participation on missions, technical support on analysis and design, capacity development on gender transformative approaches, and knowledge sharing and learning events.

If you want to keep up with the gender agenda in IFAD, sign up for the bi-monthly IFAD gender newsletter and take part in the monthly gender breakfasts (mail to: gender@ifad.org). 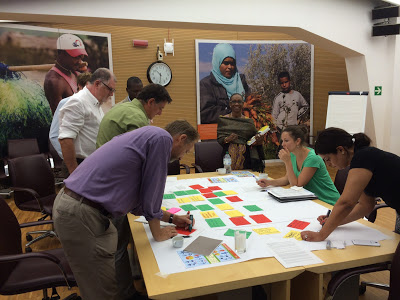