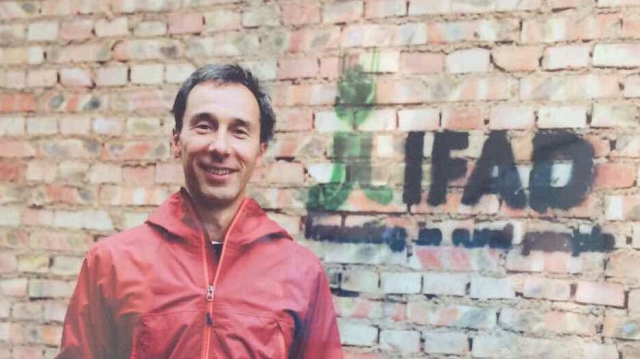 This is an extract of an interview of Mr Matteo Marchisio, Country Representative of IFAD in China, at CGTN America on 8 March 2018.

1. What policies are in place to reduce poverty in China?

Poverty reduction in China is the result of a number of successful policies and measures that complemented and supported with each other over the past 40 years. However, if I had to identify the most important, I would name four.

First, the set-up of an inter-ministerial body (the Leading Group Office on Poverty Alleviation, LGOP) that reports directly to the State Council that oversees and coordinates poverty reduction efforts in the country. Being poverty a multidisciplinary problem, the set-up of an inter-ministerial body allowed the country to develop and implement coordinated multi-sectoral responses to poverty.

Second, an effort to precise targeting, followed by tailored poverty reduction measures. China significantly invested in understanding and recording who the poor are, where they live, and why they are poor. Once understood who the poor are and the underlying reasons of their status of poverty, China developed specific, tailored measures for poverty reduction which specifically address the identified cause of poverty (i.e. production enhancement/industrialization of rural areas, investments in social welfare, voluntary resettlement programs, ecological compensation for preserving natural resources, provision of vocational training opportunities, etc.).

Fourth, understanding that poverty is a multi-disciplinary problem, whose root cases cuts across different sectors, the implementation of an integrated approach to poverty reduction. Such approach combined investments in infrastructure development (roads, railways, irrigation canals, etc.) with investment for social development (i.e. investments in the health and education sector) and economic development (i.e. production enhancement and "industrialization" of the rural areas).

2. How have these measured worked so far?

The combined efforts of these policies and measures has certainly been successful, if we consider that 40 years ago, in 1978, when Deng Xiao Ping started his reforms, there were more than 800 million people living in poverty, and today the estimated number of poor range between 32-35 million.

3. China aims to lift over 10 million people in the rural areas out of poverty within this year. Is it likely that China will achieve this target? What more should the government to do so?

Considering that the closer you get to the target (i.e. no extreme poverty in 2020), the harder it becomes to achieve it, I believe a lower than pervious years' figure represents a realistic target.

4. Which provinces and regions should be given more attention to?

Historically, the Central and Western provinces were the poorest. Nowadays while this is still - to a certain extent - true, we are now talking more about the "remaining pockets of poverty" within provinces. These are typically remote mountainous areas.

There are about 600 counties which are classified as "national poverty counties".

As mentioned earlier, the closer you get to the "zero-poverty" target, the harder it becomes to reach it: the marginal costs, the marginal efforts to bring the remaining poor out of poverty is as a matter of fact increasing.

It is thus understandable that the efforts and costs for bringing these poor out of their status of poverty is higher.

6. China has been a leading force in lifting people out of poverty. What lessons and experience can it lend to the world?

As mentioned earlier, poverty reduction in China is the results of a number of factors. However, if I have to pick what, in my view, has been the most important factor of success in China, I would say that this was the steady and continuous strong political commitment to poverty eradication, which translated into a long-term vision which has been maintained consistently over four decades by the different leaders, a series of coherent mid-term plans which supported the long-term vision, an adequate allocation of resources to implement the plans, and a clear responsibility and accountability framework at all levels.

This is probably the lesson that China can lend to the world: with a clear vision and strong political commitment, ending poverty is possible.