Adaptation in the Mekong Delta: Diversifying income from fish to goats 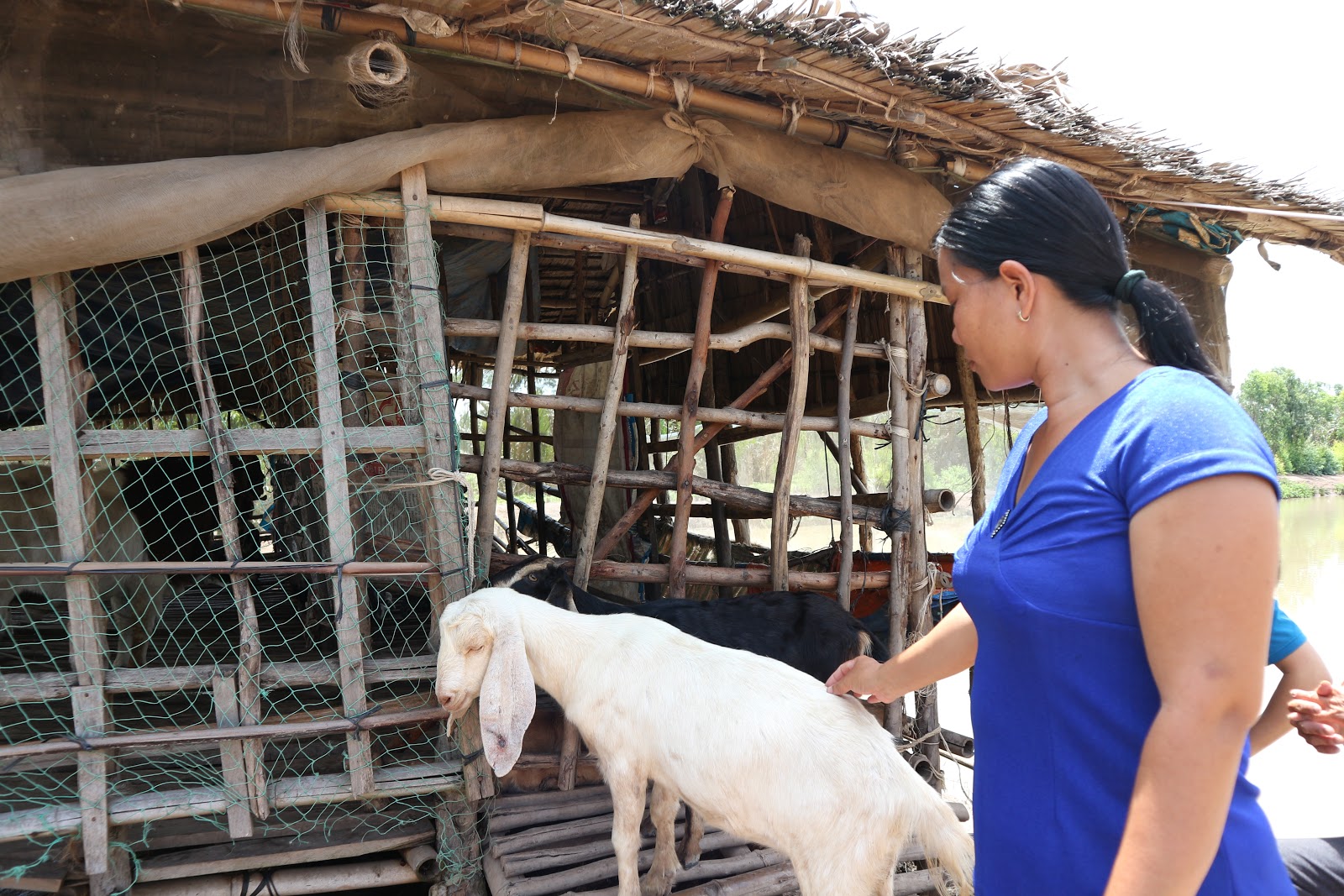 The road to Vung Tau Village in Long Vinh Commune is a long and winding path that traverses fields, canals, and even houses and it is only accessible via foot or motorbike. Nguyen Thi Ut and her family live in a house at the corner of the village by the river.

Until a couple of years ago, Ut and her family relied on fish and crab caught from the river. She explained that this was never a stable source of income and it was barely enough to cover the daily needs of the family. In 2016, she heard about the Adaptation in the Mekong Delta (AMD) Project from local authorities, attended the trainings and workshops and decided to adopt the goat raising model with support from the project.

Her reasoning behind adopting this farming model came from the positive feedback from nearby goat farmers. The naturally abundant feed for the goats was also a factor in her decision. Ut received funding from the project for baby goats and supplies for pen structures.

Ut's herd grew from four goats in 2016 to eleven, after selling some goats in the last two years. Her annual income has also increased.

The reasons behind the success of the goat raising model according to Ut are the low costs and the absence of major challenges. She feeds the goats once a day and then they are free to roam in the area where there is plenty of natural feed. Very rarely do the goats get diseases and if they do she has access to veterinary medicine.

"Goat raising has improved my income and situation a lot and I will continue to do this."

Ut is happy to share information about goat raising with other farmers in the area whenever the opportunity presents itself, although this is somewhat rare as the households are in remote areas.

One of the commune agricultural officers mentioned that goat raising is the more successful models as it does not involve much cost and therefore is more suitable for poor and near poor households.

The project officer added that due to the success of the model they have plans to replicate it across other villages in the commune. Since the commune lies in a saline region, it is difficult to grow crops and so goat raising offers a more stable source of income. Establishing links with the trader has further stabilised this livelihood and there is potential to further develop this model by composting and selling goat dung to neighbouring communes.

Ut continues to catch fish and crabs from the river to supplement the household income but she is happy with the outcome of goat raising and plans to expand her goat herd in the future.
#climateadaptation #vietnam