Climate change - one of greatest challenges to eliminating hunger 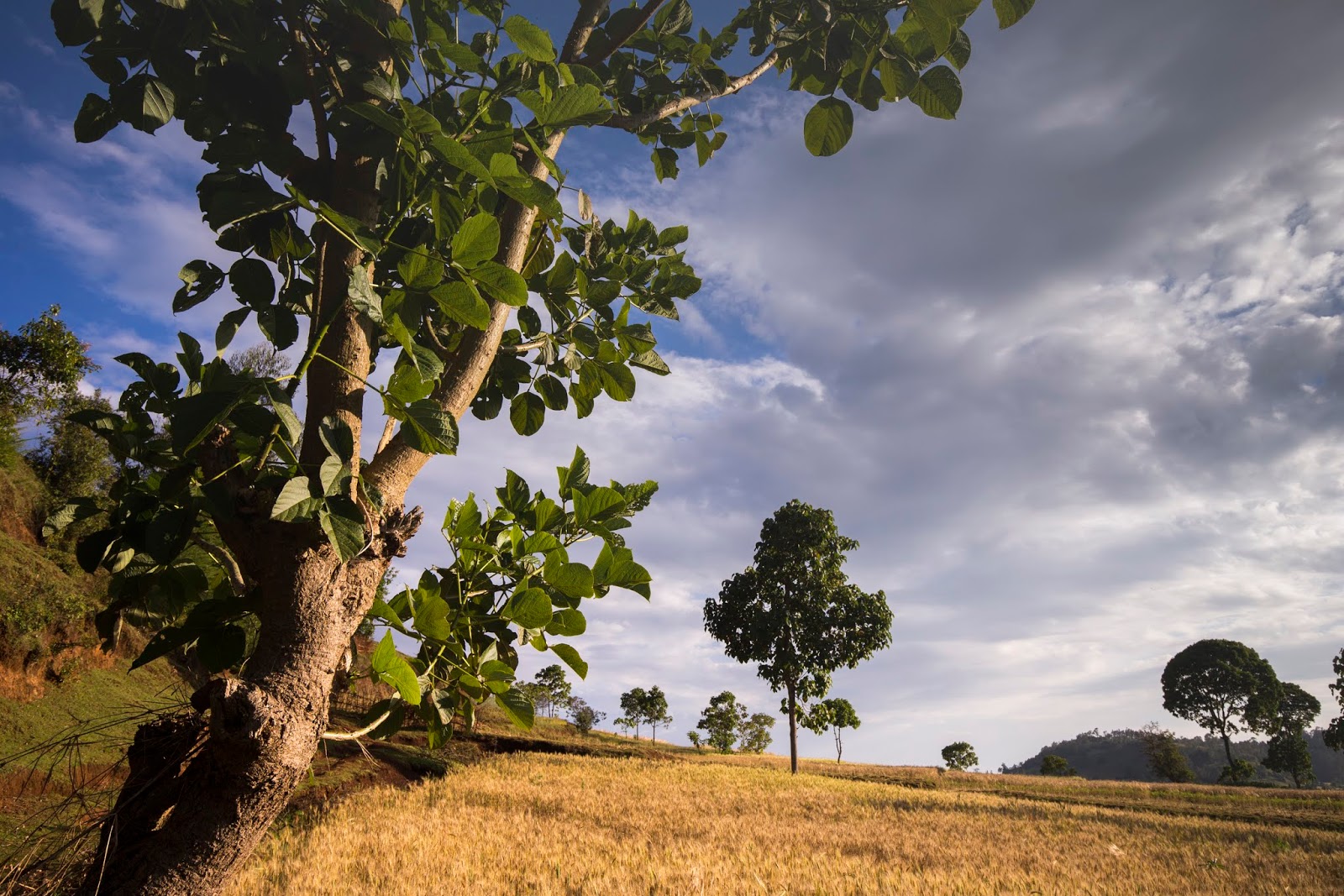 Latest estimates suggest that the world's food security situation is continuing to gradually worsen. In 2018, 821.6 million people were undernourished globally. While this represents a notable improvement on the 2005 figure of 947.2 million, progress has stagnated and regression has set in since 2015 when 785.4 million people suffered from undernourishment.

With almost 514 million undernourished people, Asia accounts for almost two thirds of the total number of hungry people in the world, with 278.5 million living in Southern Asia alone. This figure represents an increase of 1.6 million in comparison with the 2016 estimate. Total numbers of undernourished people have also seen a jump in Africa, with over 256 million people suffering from hunger on the continent, an increase of 21.5 million in comparison to 2016.

Global food security is clearly deteriorating, with myriad factors at play. Conflict, economic shocks and stagnation, a lack of cohesion at the policy level, suboptimal food systems and underdeveloped supply chains all contribute to the ailing situation, making the achievement of SDG 2 by 2030 an altogether daunting task. 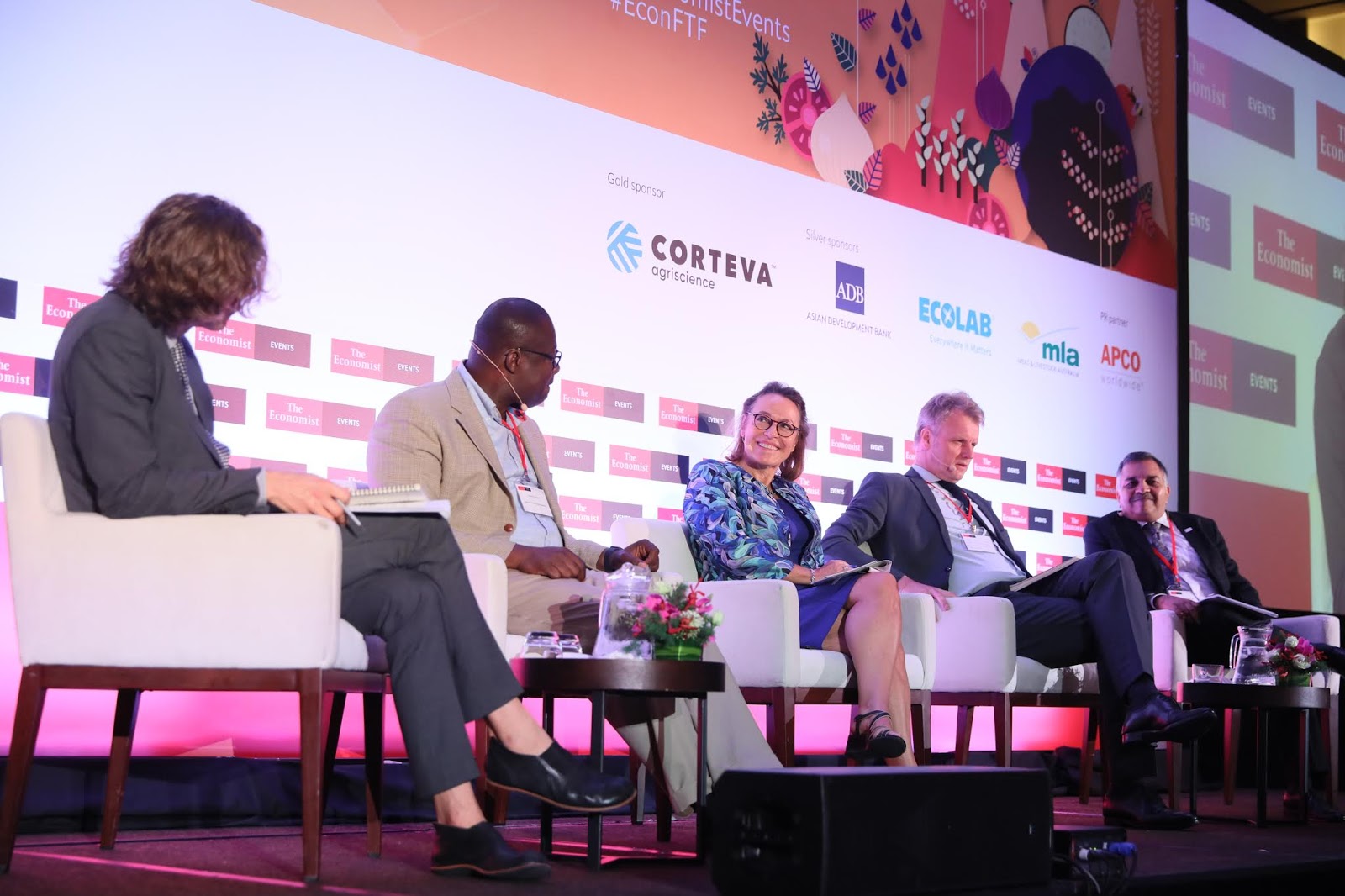 Speaking at the Economist Magazine's Feeding the Future Asia Summit in Singapore, Margarita Astralaga identified perhaps the most formidable foe in the future fight against hunger - climate change.

"Climate change is one the central impediments to reversing this downturn in progress, largely due the fact that the phenomenon detrimentally affects all aspects of food security", said Astralaga.

For example, the incremental warming associated with climate change is projected to negatively impact the production of staple crops, particularly in tropical and low-latitude areas. Even a 1.5°C rise in temperature, an optimistic scenario, could have cataclysmic effects on food availability. In sub-Saharan Africa a 1.5˚C warming by the 2030s could lead to about 40 per cent of present maize cropping areas being no longer suitable for current cultivars. Substantial negative impacts are also predicted for sorghum. Indeed, a 2°C increase in temperature, which is likely to occur sooner rather than later if current trends persist, could push an additional 189 million people into a state of food insecurity. Likewise, heightened temperatures are likely to result in increased heat stress for livestock, as well as facilitating the spread of pests and diseases.

Climate shocks such as floods, droughts and tropical storms are already key drivers of food crises. In 2018, 29 million people were acutely food insecure in 26 countries affected by climate-related shocks. Worryingly, the occurrence of these extremes has more than doubled since the 1990s.

However, the problem of future food security extends beyond climate change, and the way forward is long and complex. Exclusion and marginalisation mean that the impacts of climate change and other challenges are magnified for groups including women, youth and indigenous peoples.

"Women comprise 43 per cent of the agricultural workforce, yet in many developing countries the combination of constrictive social norms and discriminatory laws result in a lack of access to key services and inputs, including finance, mechanisation and training. Effectively, this leaves them hamstrung as they attempt to sustainably increase production, particularly in the face of a changing climate", opined Astralaga.

It is crucial to ensure that nobody is left behind in the development agenda, otherwise the issue of food insecurity will never be abated. "This is why the work institutions like IFAD do is so important, helping smallholders access the inputs and services they need while ensuring that they are heard at the national and international level", Astralaga pointed out.

There is no one size fits all solution to the issue of achieving SDG 2 and beyond that feeding 10 billion people in 2050. However, coherence at the policy level represents a good first step. Because of the intricacy of food systems and the multi-dimensional nature of food security, inter-ministerial coordination at the national level would ensure that all areas related to food security are considered in policy discourse. This will result in the minimisation of trade-offs and the facilitation of synergies.

Giving an illustrative example, Astralaga said "when we address issues related to nutrition, we cannot just say that it's an issue that has to be dealt with by the Ministry of Health, we need to also engage with the ministries of agriculture, education, social development and others; or when we deal with climate change, this has to be the responsibility of all sectoral ministries and not just ministries of environment."


Find out more: The State of Food Security and Nutrition in the World 2019
climate SOFI SOFI2019