Posted by Christian Assogba on November 04, 2019
By Isabelle Stordeur 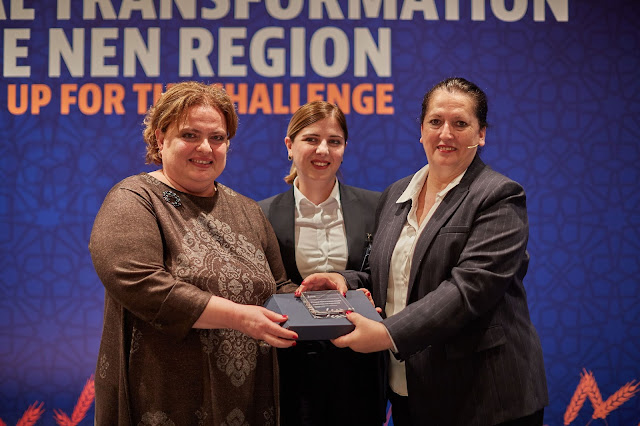 Responding to the ambitious goals of the Agenda 2030 requires a culture of results. This is to ensure that our activities on the ground are relevant, inclusive and cost-effective and its impact recorded so as to contribute to the corporate trend towards results-based decision making.

The NEN division is fully committed to contribute to these corporate efforts and strengthen its capacity to regularly measure results throughout project implementation.

To this effect, we have conducted a detailed review of the performance results of our operations, with a view to identify the best performing projects of the year 2019, in the areas of Monitoring & Evaluation, Gender Empowerment and overall Implementation.

As a result, the following 3 operations were selected:
An award ceremony was held on 22 October 2019 in the context of the NEN Regional Strategic Forum, attended by government representatives and project staff from over 19 countries of the region. Awardees were enthusiastic and proud to be recognised publicly for the excellent results achieved and motivated other project teams present at the ceremony to increase their efforts towards improving performance. 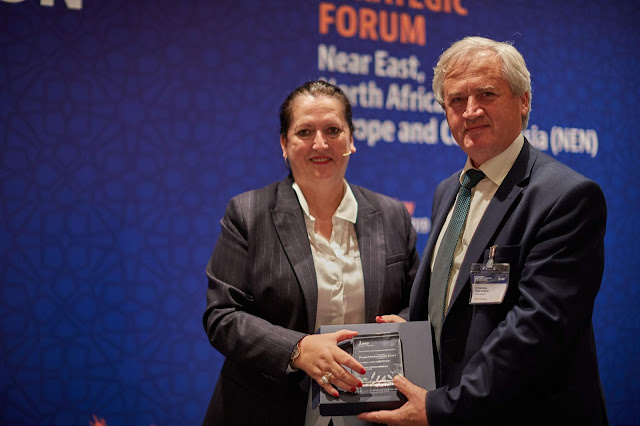 The Rural Economic Growth and Employment Project in the Kingdom of Jordan (REGEP) strengthens horticulture value chains, boosts rural financial services and promotes entrepreneurship among rural populations. The project empowers women by encouraging their participation in farmer field schools and in savings and credit groups. So far, it has formed or strengthened 238 savings and credit groups with 3,192 members, 60% of whom are women. Women have been empowered through focused mentoring programmes on leadership and business creation skills. They have used the savings to invest in private businesses such as plant nurseries, greenhouses and mushroom cultivation. The project is not only increasing women’s access to and control over assets, but also their empowerment to take on leadership positions. The purchase of equipment through grants has reduced women’s workload, improved the efficiency of their production and, and contributed to increased income due to better farming and processing practices.

Following the positive results of the Saving & Credit Groups program on women's leadership, they have been linked with the governmental programme called IRADA.  Around 9 of the established groups were registered as cooperatives under the Ministry of Social Development. Women accessing IRADA’s services report high impact on their businesses through accessing support and food safety certification.

The Agriculture Modernization, Market Access and Resilience Project (AMMAR) in the Republic of Georgia is in its 4th year of implementation. Its Development objective is to stimulate investment in climate-smart agricultural value chains to increase the incomes and strengthen the resilience of smallholder farmers.

The M&E Officer has participated in the PRIME training on M&E basics organised by CLEAR and IFAD. As a result, she has set up a very reliable system generating data and analysis aggregated by gender, age group, municipality and other characteristics linked to the investment done through IFAD grants. The M&E system is producing adequate and reliable information to monitor project implementation performance and measure outputs and outcomes. The Project has also conducted an adoption survey to measure the level of adoption by the farmers of smart agricultural techniques. They have also conducted an Outcome Survey to appraise the project impact on grant recipients and households benefitting from the small infrastructures. It is worth noting that the Project Manager was involved in all stages for the preparation of these surveys and the results have been used to make adjustments to the project implementation. 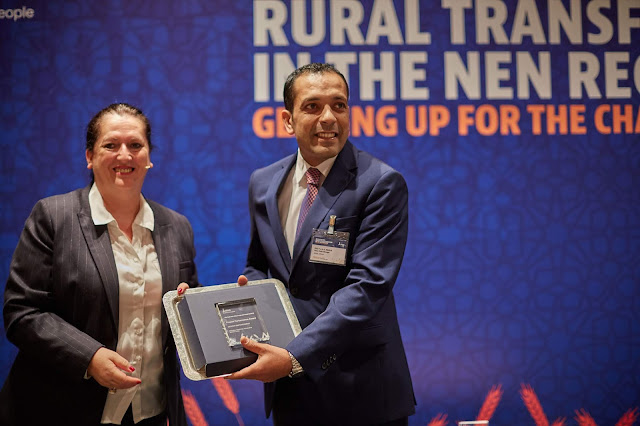 The Inclusive Rural Economic and Climate Resilience Programme of the Republic of Moldova is the sixth IFAD project in the country and it builds on previous investments in conservation agriculture, value chain development, infrastructure, financial services and capacity building. Its goal is to enable poor rural people to raise their incomes and strengthen their resilience.

The project has exceeded most of its targets for the key outcomes. About 1,500 households are reporting improved asset ownership index, exceeding target by 124%. About 410 rural enterprises are reporting an increase in profit, exceeding the target by 135%. According to interviews, 71% of the beneficiaries of infrastructure schemes, youth and micro-entrepreneurs indicate an increase in production. As a result of the loans, small and medium enterprises increase their production area by 22%, and production by 65% and productivity of fruit crops increased by 42%.