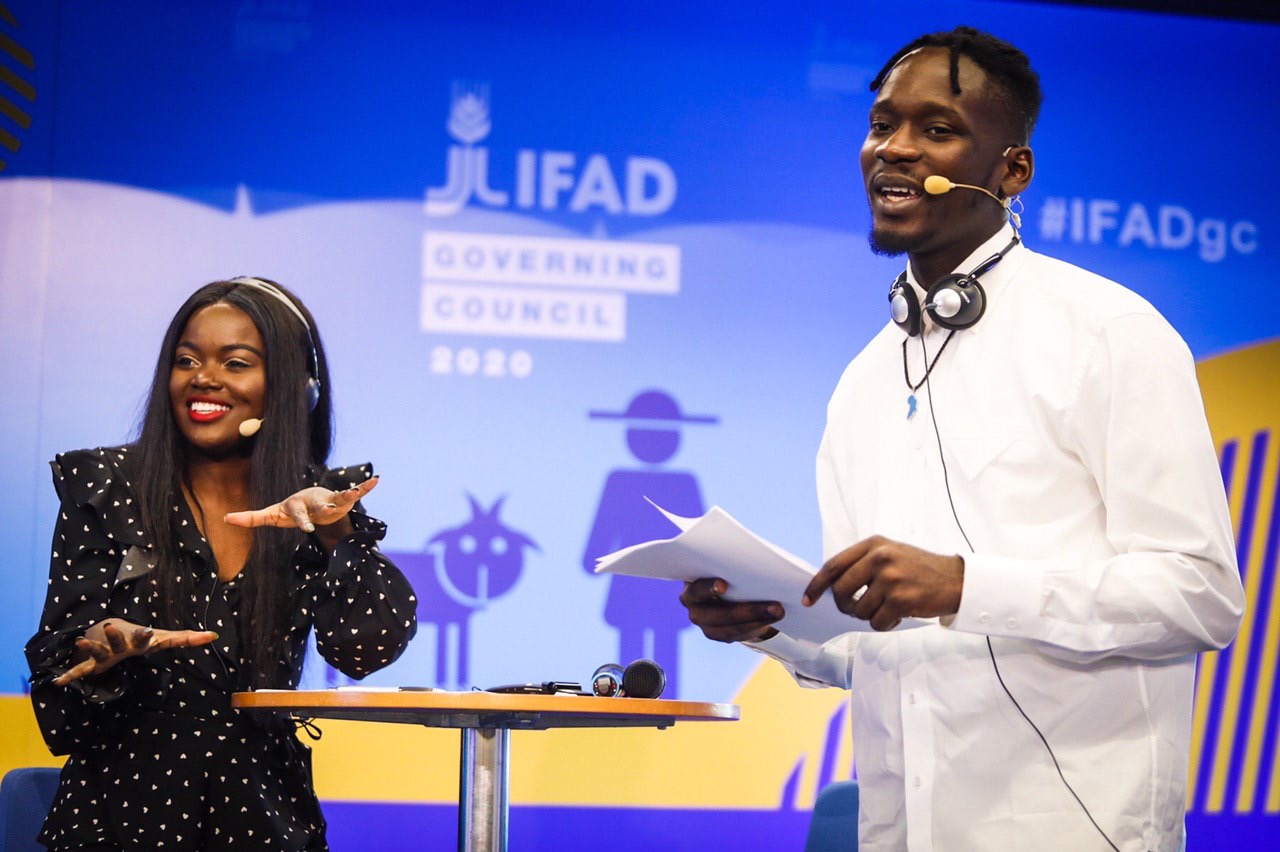 Youth took centre stage during a lull in the discussions of the forty-third session of IFAD’s Governing Council on Thursday 12th February in the plenary room of FAO’s headquarters in Rome, Italy. Featuring a keynote address from Dr Ibrahim Mayaki, CEO of NEPAD, and a panel discussion featuring three young beneficiaries of IFAD projects that was enthusiastically facilitated by superstar duo and IFAD youth ambassadors Mr Eazi and Sherrie Silver, the interactive session sparked much interest and discussion among delegates regarding how best to include youth in food system transformation.

Nearly 1 billion of the world’s 1.2 billion youth aged 15-24 reside in developing countries, with numbers growing far more rapidly in lower income countries than in higher income countries, particularly in rural areas. In fact, rural youth make up around half of all youth in developing countries, and these young people have enormous potential. In a nutshell, the world is undergoing a seismic transition. According to Dr Mayaki, this is particularly the case in Africa, where a rapidly changing population profile, the proliferation of ICTs, environmental challenges and steady economic growth that often coincides with persisting inequality all combine to pose a grand development challenge for the continent. When all factors are combined, there is one constant-agriculture. However, if these challenges are to be adequately addressed, youth must be successfully engaged with and empowered. Only then can they become the game changers we need them to be.

This message was exemplified by the three young beneficiaries of IFAD projects who made up the panel.

Elly Matende is a beneficiary of the Smallholder Dairy Commercialization Programme (SDCP) and is 35 years old. Following an unsuccessful foray into the transport industry, Elly now runs the successful Matende Holstein farm in Kenya, where, thanks to IFAD’s support, he employs seven young people and has been able to train 3000 farmers over an eight year period. 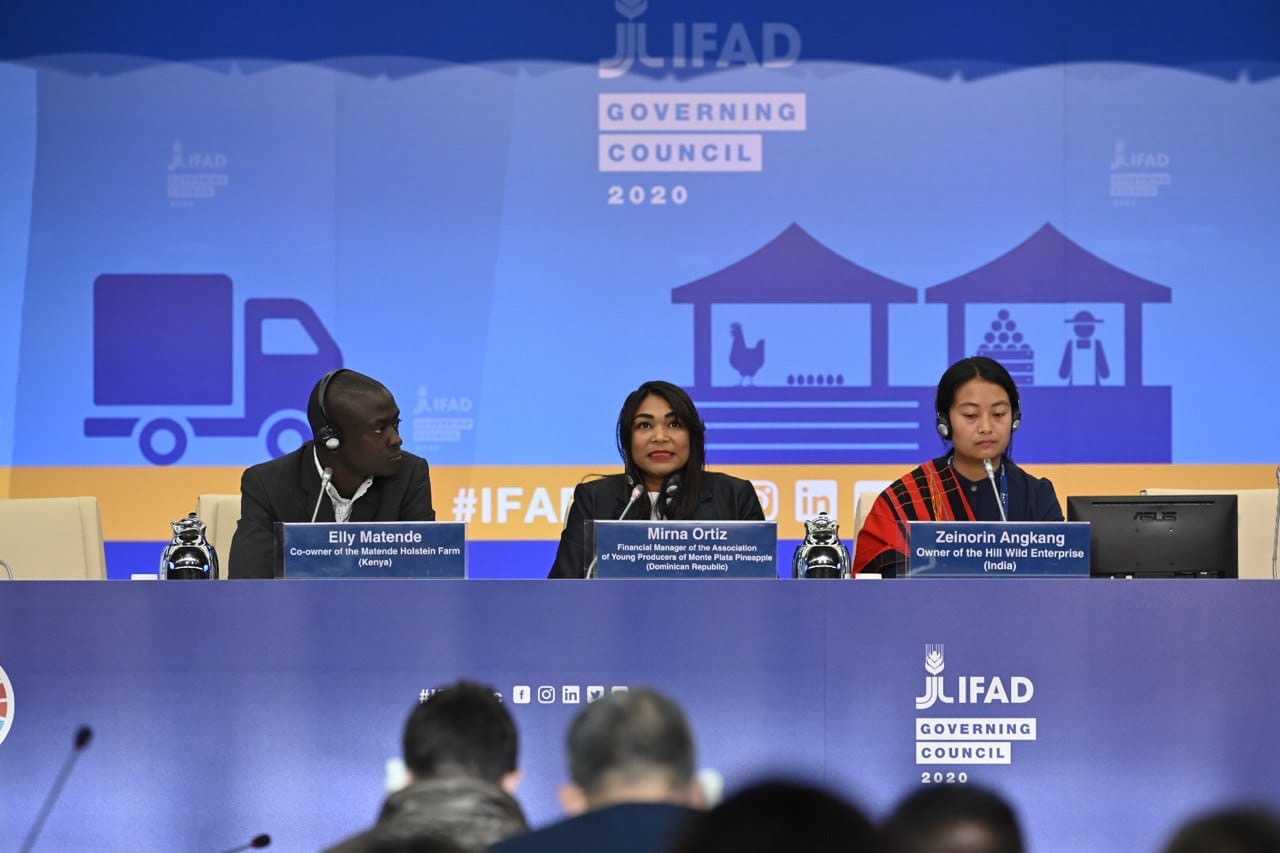 Mirna Ortiz, a 34-year-old university graduate from the Dominican Republic, is a prime example of the opportunities available for youth willing returning to rural areas. Mirna is the financial manager of the Association of Young Producers of Monte Plata Pineapple, a group that benefited greatly from the IFAD-funded project Rural Economic Development Project in the Central and Eastern Provinces (PRORUAL). With 317 partners, 93 employees and 200 hectares sown, the organisation has gone from strength to strength and looks set to fulfil its objective of contributing to the development and improvement of the living conditions of the members of the community.

An IFAD-supported project enabled the final panellist, Zeinorin Angkang, to establish her company Hill Wild Chocolate, which is based in Ukhrul district, in 2017. In addition to manufacturing and marketing six different varieties of chocolate infused with local flavours, the entrepreneur also established a café called Yazun Sinshim in the heart of Ukhrul, providing employment for as many as 12 young people who also receive training in chocolate making.

During the ensuing interactive discussion, it became clear that if these success stories are to be widely replicated support must be provided to prospective young agripreneurs. Technology is a must-it provides an array of benefits ranging from the latest weather information to reducing the physical drudgery of agriculture to opening up new marketing opportunities. Young people also need to work together to get enterprises up and running, share experiences and foster a sense of motivation and responsibility.

However, despite the apparent opportunities, young people still face a number of challenges, including a lack of funding, collateral, access to land and markets, and a dearth of training opportunities. Attitudes also need to change-that of youth to agriculture and of the older generation towards youth. Trust is crucial in this regard. Youth need to be trusted and empowered through the training, resources and technology. This in turn will result in an increase in agricultural productivity and job opportunities. All actors have a role to play, including IFAD. In the words of youth ambassador Mr Eazi, “It is not the responsibility of governments to create jobs. That is the role entrepreneurs should play. What we need from governments is policy that creates the environment for young entrepreneurs to thrive”. 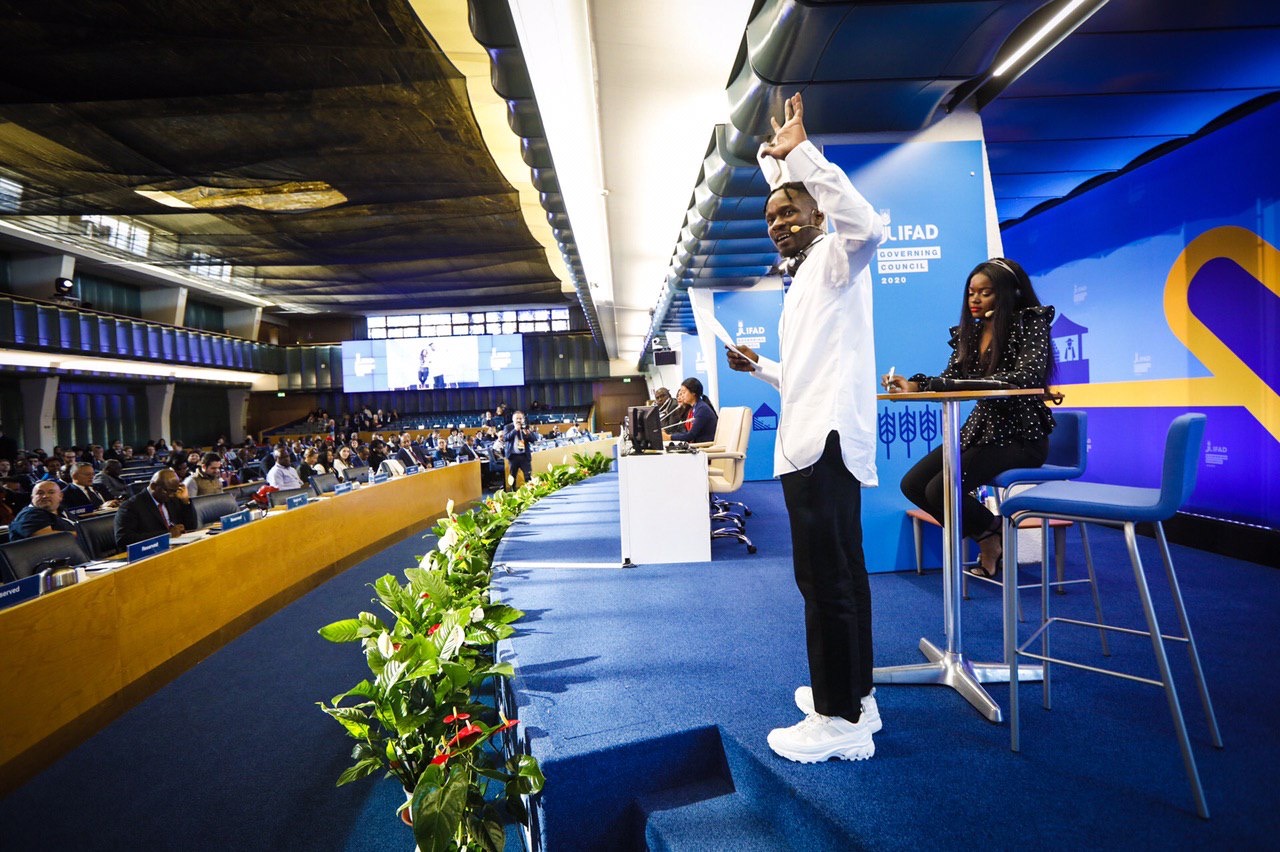